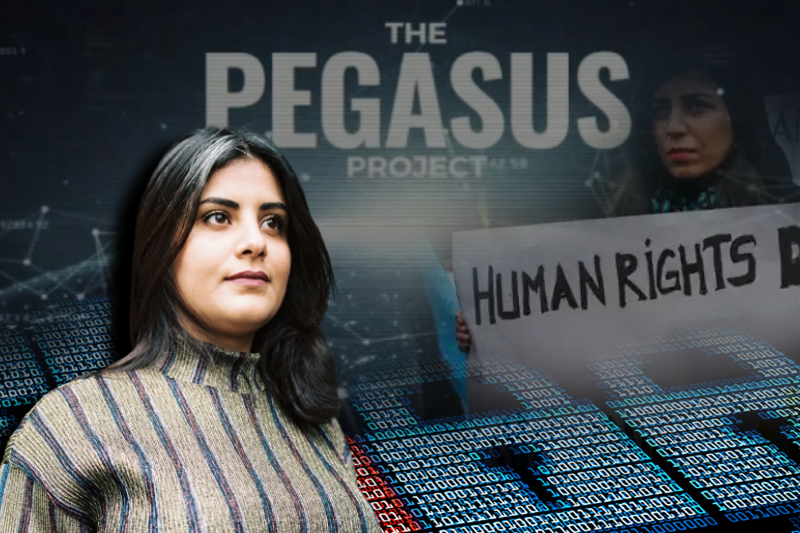 Pegasus spyware has allegedly been used to carry out invasive surveillance on human rights lawyers, activists and dissidents through their mobile phones. The information was made public after leaked phone data revealed the names of these people as possible candidates for the spying. Their phone numbers appeared in the records, indicative of them being targeted by government clients of NSO Group, the Israeli company that has developed Pegasus spyware.

The records of alleged spying using the Pegasus were obtained by nonprofit organization Forbidden Stories and then was shared with a consortium of 17 media outlets including The Guardian and The Washington Post.

Pegasus is capable of accessing all data available on the target device and also turn it into an audio and video recorder. NSO Group has repeatedly maintained that the Pegasus is meant to be used against terrorists and high profile criminals only. But the discovery of many activists, journalists and dissidents in the possible targets of Pegasus paints an entirely different picture. This also brings the whole defense by NSO under question as the spyware has been sold to many repressive regimes of the world.

Dissidents and activists at surveillance risk

Many activists have appeared in the leaked data from Azerbaijan, a country that is known to spare almost nil dissidents, thanks to dictator Ilham Aliyev’s strict regime. Six activists’ private information and phone numbers were published online. One female activist and journalist Fatima Movlamli’s intimate photographs were leaked on a fake Facebook page in 2019. She was just 18 then. It is believed that Pegasus was behind it. Movlamli describes the whole experience as “hard to bear”. She said, “At an age when I didn’t fully realise I was a woman, I was ashamed that I had a female body and that people saw it naked.”

Many activists from India too were found in the data. Umar Khalid was selected as possible target in 2018, before sedition charges were filed against him. Khalid is a student activist at JNU (Jawaharlal Nehru University) in Delhi and leader of Democratic Students’ Union. He was arrested in September 2020 for organizing riots.

Many writers, lawyers and artists from India too have their mobile numbers in the data. They have advocated rights of indigenous communities and Indians of low-caste.

Prominent London based lawyer Rodney Dixon, who has fought many high profile human rights cases, was also targeted in 2019. His clients included Hatice Cengiz, fiancée of murdered Saudi journalist Jamal Khashoggi. She too has been targeted with Pegasus, with successful infection of her mobile phone as shown by forensics.

Dixon said, “No one should be targeted in this fashion. For lawyers it is particularly concerning as it violates the fundamental principles of lawyer-client  privilege and confidentiality, which are central to fair and just legal proceedings.”