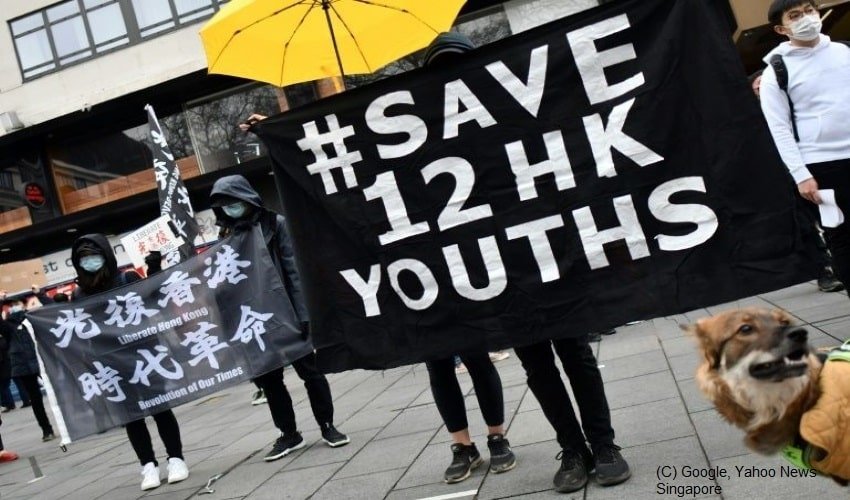 On Monday, the US embassy in China, urged the Beijing authorities for the release of 12 Hong Kongers who were detained for trying to flee the communist regime. The embassy in its statement said, “Their so-called ‘crime’ was to flee tyranny. Communist China will stop at nothing to prevent its people from seeking freedom elsewhere.” Ten out of 12 fugitives who were taken in custody, while trying to escape to Taiwan through Mainland China’s waters, have been put on trial.

The trial of 12 Hong Kong residents, who were arrested in August, started on Monday afternoon in Shenzhen, South China’s Guangdong Province, neighboring Hong Kong. As per the media reports, Shenzhen’s Yantian District People’s Procuratorate, which is looking into the case, has already charged those detained of illegally crossing the border or aiding others to cross the border. The authorities added that the remaining two were suspected to be under 18/ minors, hence their trial would not be made public.

– At least seven of the 12 Hong Kong activists who tried to flee to Taiwan via speedboat https://t.co/7lEhBzyT3Z

– Chinese citizen journalist Zhang Zhan, detained since May for reporting on the Covid outbreak in Wuhan

Out of the ten Hong Kongers who have been put on trial, Shenzhen prosecutors charged two of them with helping the rest in illegal border crossing and eight others for illegally crossing the border on December 16. The authorities added the act was a direct breach of national security law, implemented this year in Hong Kong.

Responding to the US plea, Chinese Foreign Ministry spokesperson Zhao Lijian reject the demand stating that Washington was ignoring fact that it involved illegal border crossing.

“The case is now being handled, the remarks of the US ignore the facts and confuse right and wrong, to which China is firmly opposed,” spokesperson said. Zhao also asked Washington to stop interfering in Beijing”s internal affairs and questioning its judicial sovereignty. Chinese experts believed that the Communist regime would take a strong action against detained fugitives to set an example for the rest anti-government groups and dissidents to understand that despite support from Western powers, the secessionists would not be able to escape Chinese legislations and judgements.