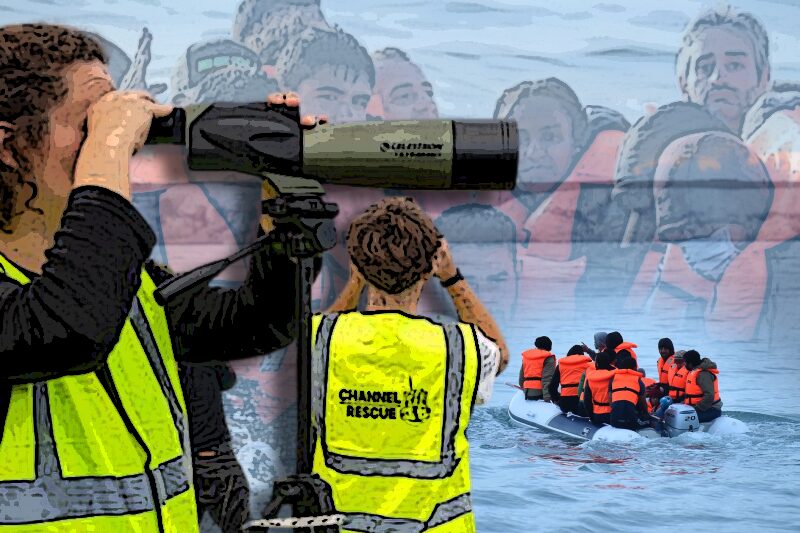 Last summer, a group of volunteers in England’s Kent formed an organisation called ‘Channel Rescue’. The key motive of the organisation was to ensure safe entry of the migrant, who risk there lives in search for a safe harbour. The organisation provides its volunteers with basic training in navigation skills, first aid and human rights to assist the border forces so safe docking of migrant boats.

Channel Rescue (CR) came into being with an online group funding of 19,000 pounds (about €22,000), after 2020 saw four times the inflow of asylum-seekers as compared to the previous year. Hence CR has been Kent citizen’s response to the surge, who all believed in migrants’ human rights and the need for them to be taken care of. Still at the inception stage, the mission of the organisation has been similar to the human rights monitoring groups operating around the Greek island of Lesbos.

Maddie Harris, who helped in setting up Channel Rescue told The Guardian, “We should be assessing people’s need for protection based on their case, not creating a two-tiered system of ‘deserved’ and ‘undeserved’ refugees on the basis of the risks they are forced to take to reach safety.”

Maddie Harrison, one of the volunteers at CR, told InfoMigrants, “We want to make sure that migrants’ rights to safety are respected. We don’t want to interfere or take the place of government agents.” Harrison, who joined the organisation in September, said, “We are always thinking about the weather: when the sea is calm, we know that we have to be outside [migrants try to cross more often in calm weather]. But even when it’s windy, runs happen. Ideally, we would be stationed outside every day, all night.”

Explaining about her work, Harrison said that they are usually grouped in a team of three and after reaching the location for Channel watch “one person scans, another notes everything that happens and a third manages any communication with the Coast Guard.” She added that in case a migrant boat gets intercepted by the Border Force, then the GPS coordinates, the times and the names of the vessels are taken note of and the volunteers make sure Border Force perform their duty rather than imposing an form of pushback.

Despite the labor put in by the watchdog group and its activists, political sentiment in the country has been opposed to the incoming of migrants. Priti Patel, British Home Secretary, stands as a fine example of that. She has been promoting the controversial  “push the boats back” strategy. Slamming Patel’s tactics, Harris said, “No human is illegal and the UK must ensure it recognises its obligation under the Geneva conventions to uphold the rights of all people in need of protection.” Besides, the pandemic has made things worse for the migrants as Harris pointed out, “You can’t get anywhere near people … because of coronavirus. The ability for us to connect and communicate with them is quite challenging. It’s also challenging in that people are taken to mysterious locations, whether that be a hotel or detention centre.”