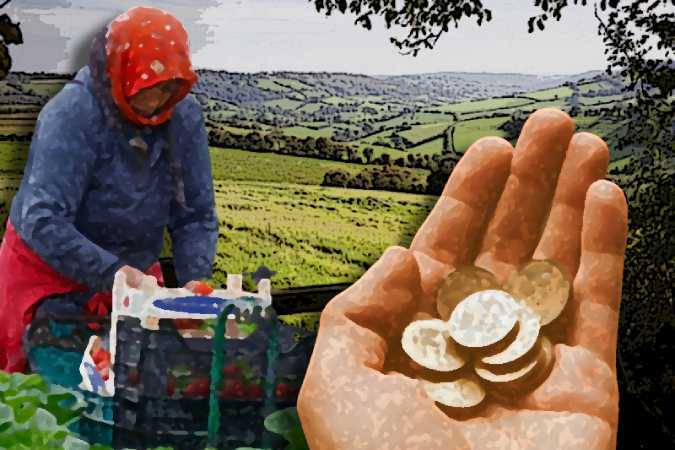 Migrant workers are having a tough time dealing with slave like conditions that have been created for them at the various British farm lands. The torture and exploitation has been exasperated by the Covid-19 situation.

Things are that worst in Scotland too. A study by the Focus on Labour Exploitation (FLEX) NGO and a Scottish nonprofit has found that seasonal labourers in Scotland have been pressured to sign zero-hour contracts, made to live and work in degrading conditions, and prevented from changing employers. The number of migrant workers went up dramatically in 2020, despite the Covid lockdown situations worldwide.

The story looks somewhat similar to what has been faced by migrant workers in Middle East where many a times, migrant workers are forced in bonded labour, without being paid wages for overtime or given the choice to change their employers.

A lot of humanitarian organizations have urged the British government that the trend of literally, ‘modern slavery’ is happening as a result of shortage in the field of agriculture. The demand for exotic fruits and vegetables that comes from the various farms of Britain and Scotland has been on the rise for the last few years.

According to FLEX, about six in 10 workers have also incurred debts up to 870 pounds ($1,204) for visas and other costs. Many also reported being threatened by bosses with fewer work hours or the prospect of deportation – These have been seen as primary drivers of forced labour.

A major reason for the sudden mounting pressure on existing migrant labour is the post Brexit shrink in the number of migrant workers available on farms in Britain and Scotland. Earlier, there was a larger pool of migrant workers that has now shrunk post Covid-19 lockdown situations.

The Seasonal Workers Pilot (SWP) was launched in 2019 with an annual quota of 2,500 migrants, which has expanded to 30,000 this year. Workers who obtain a visa can stay in Britain for six months, and the vast majority so far have arrived from Ukraine.

Britain is home to an estimated 136,000 modern slaves, according to Walk Free’s 2018 Global Slavery Index, and agriculture has long been considered a high-risk sector by campaigners due to its reliance on low-skilled seasonal workers.

The FLEX report has also found that most migrant workers were being paid per task on a “piece rate” instead of receiving an hourly wage and had zero-hour contracts despite the government having said such arrangements were not permitted. The humanitarian organizations are now seeking for minimum wages, proper living conditions, fair working hours, irrespective of how it affects the agriculture yield.