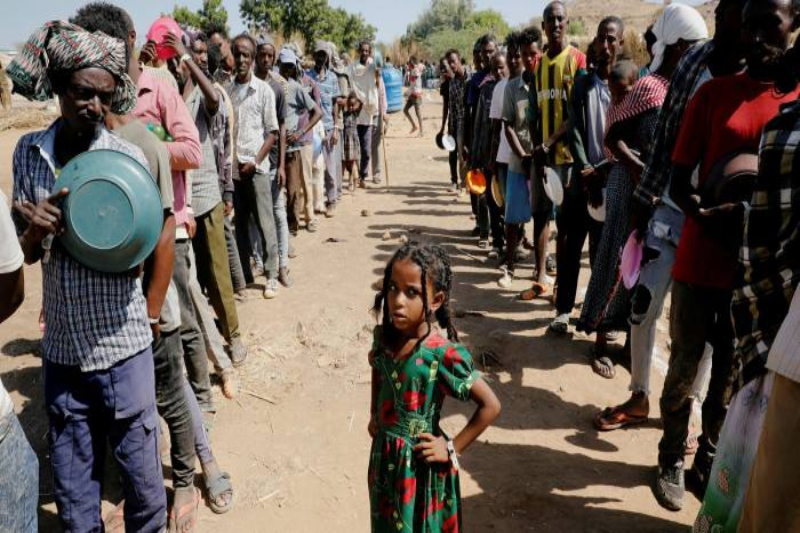 G7 world leaders have called for unhindered and uninterrupted access to Ethiopia’s Tigray region for aid workers and organizations. This is in response to recent report by United Nations that around 35,000 people in Tigray are living in famine conditions amid conflict between Ethiopian forces and TPLF (Tigray People’s Liberation Front).

The leaders of world’s leading economies have also ‘demanded’ an immediate ceasefire of Tigray conflict and withdrawal of Eritrean troops from the region who are fighting alongside federal forces against the local TPLF. Ethiopian government led by Abiy Ahmed has denied any conditions of famine and have said that Eritrean troops are already leaving.

The ongoing humanitarian crisis in Tigray was a key issue in the G7 Summit in Cornwall that concluded on Sunday. People in large numbers travelled to Falmouth, which is near Cornwall, in protest to human rights abuse in Tigray. The war in Ethiopian region broke out last year in November leading to killing of thousands of people and displacement of some 1.7 million till date. Reports have also indicated that there is targeted killing of Tigrayans, suggestive of ethnic cleansing.

An official statement released after the G7 Summit said, “We are deeply concerned by the ongoing conflict… and reports of an unfolding major humanitarian tragedy, including potentially hundreds of thousands in famine conditions.”

Ethiopian and Eritrean forces are accused of blocking all humanitarian aid and aid workers into the Tigray region deliberately. The government has denied all these allegations. Many aid workers also have reported of their supplies being stolen.

Tigray Humanitarian Atlas, published by researchers at Belgium’s University of Ghent, underlines that out of Tigray’s six million people:

Some Tigrayans shared their plight with BBC on ground. One said, “We are civilians, our crops and cattle have been taken by armed men. They took from me around 30 cows and oxen – there are some who lost 100-200… cattle.” Another Tigrayan said, “Nobody has given us any aid. Almost everyone is on the verge of death – our eyes are affected by the hunger, the situation is perilous.”

Tigray conflict: The human suffering in Ethiopia that is to unsurmountable proportions
Read Previous