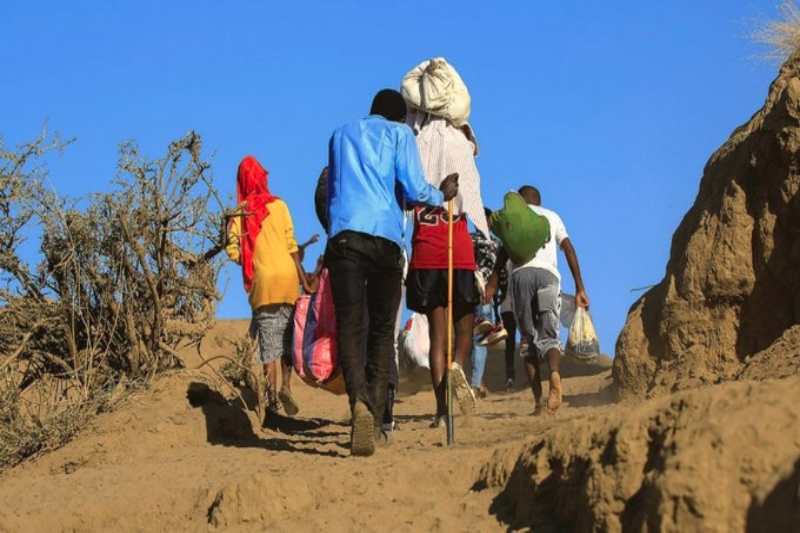 Stories of human rights abuses and atrocities have been making rounds even after social media blackout and complete communications block was done by the government.

Amid Tigray crisis mass displacement led to at least 60,000 people seek refuge in neighbouring country of Sudan. At least 500,000 Tigrayans have lost their homes. Military forces had completely destroyed two refugee camps in Tigray. Out of 106 health facilities in the region, 70% were robbed. At present just 13% of these facilities are functioning normally.

Amnesty International, a global human rights group, has reported death of hundreds of people in Axum city of Tigray. Based on testimony of refugees in Sudan and information given over a phone call from Tigray, Amnesty has said in issued report that Eritrean troops, who are associated with Ethiopian forces, carried out “systematic house to house searches, extra judicially executing men and boys.”

But little to no information of situation in rural parts of Tigray is worrying human rights groups, including UN.

While the war in Tigray was going on, humanitarian teams and human rights groups were blocked from gaining entry into the zone of conflict. “I’d say we have access to about 30% to 40% but there are large areas we can’t get to,” said one humanitarian worker.

The end result of war is nothing but destruction in every nook and corner of the region of Tigray – on the outskirts of big cities to interior villages – loss of human and animal life is evident and painful. The terrible battle has led to loss of life and loss of food, shelter and supplies for those left alive.

Based on the evidence indicating serious human rights violations in Tigray, the UN Human Rights Commissioner, Michelle Bachelet, and human rights organizations like Amnesty International have called for an immediate and independent investigation into the Tigray conflict associated human rights atrocities. The fear that failure to do so would only lead to loss of more human lives is real.