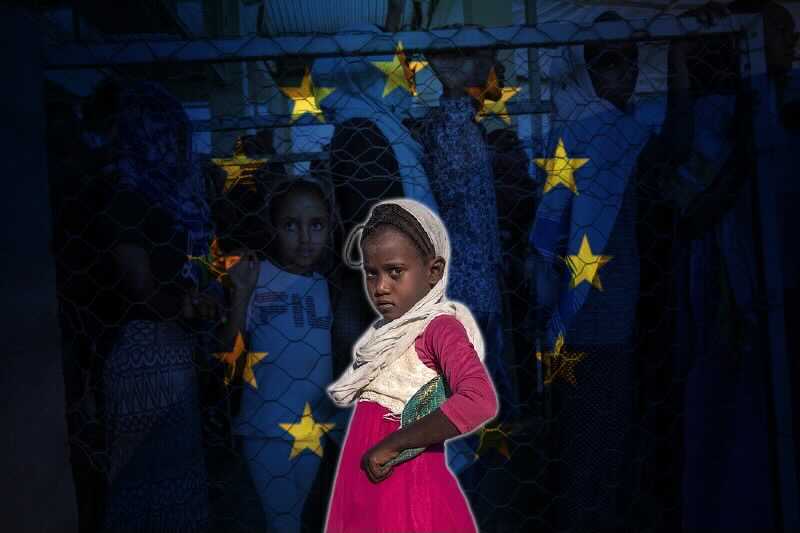 As one of the African countries to have a large refugee settlement, Ethiopia has not kept its promise of giving a permanent solution of a more secure life, to the large migrant population that lives here. The worst hit was the Eritrean refugees who took shelter into Ethiopia after a 20 year civil war ended in 2018.

They are still awaiting promises to be fulfilled. The Hitstats refugee camp was the home for Eritrean refugees. It ceased to exist in February 2021. Ethiopia in fact has a known history of providing refugee help since the 1950s. A 2016 Refugee Summit presented nine pledges which are still to be implemented. Most of the 15000 or more refugees continue to live in other camps without any hope of permanent homes. Amongst the nine pledges were things like engagement in legal work, education and land ownership.

For the Eritrean refugees, there is no hope, now that Ethiopia has changed their asylum seeking policy. In late January 2020, the Ethiopian government (unofficially) changed its asylum policy that now reverses their years old access to all Eritrean asylum seekers refugee status as a group. On the receiving end are more unaccompanied minors who are being refused entry at the Eritrean border, having nowhere to go, resorting to dangers of crossing into Europe.

Special camps have been erected time and again. But they turned into permanent homes. The civil war of Tigray has dismantled schools and infrastructure that was erected to support refugee population. Post the settling of the pandemic panic, minors and unemployed youth are now looking for better opportunities outside Ethiopia, and travelling illegally into Europe seems to be a more viable option for them as of now.

While the government was trying to set down educational facilities for these young refugees, they are not interested in being takers anymore. They are braving human trafficking, abuse, detention and even death. Most could admit that education can keep them gainfully busy, but then there was uncertainty over future prospects. Most would want get become employable after an education. As this did not look like a viable solution, educational facilities were reportedly going empty.

There are approximately 13million refugees under the age of 18 year around the world, looking for a sustainable future. Migration looks like the most viable integrating option for them. However, only about 1 percent is actually absorbed into any kind of permanent solution.