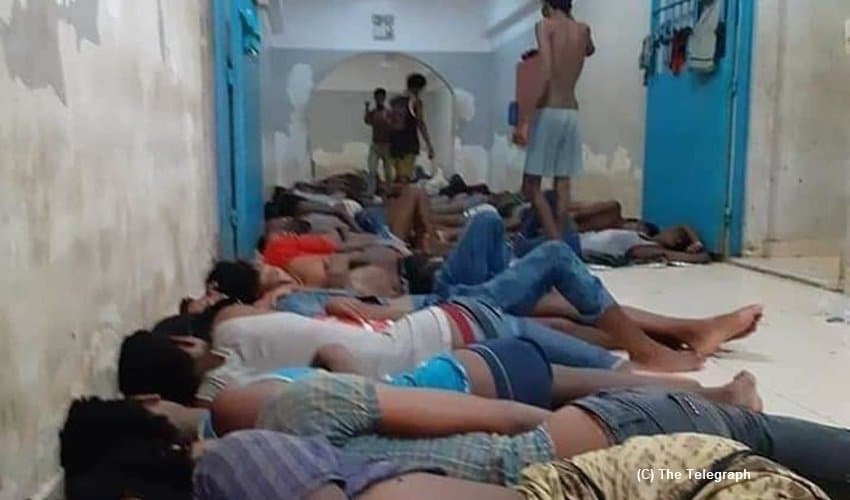 Human rights group Amnesty International reports death of at least three migrants who were among thousands of these migrants housed in detention centers in Saudi Arabia. The group says of inhumane and cruel conditions in which the migrants are being kept. This includes being chained down in pairs, and using their cell floor as toilets. The rights group has urged government of Saudi Arabia to improve the living conditions of migrants from Ethiopia who were expelled from Yemen.

The migrant workers from Ethiopia and other countries were working in neighbouring northern Yemen but were forcefully expelled by the Houthi rebels. UN’s International Organization for Migration (IOM) provides data of around 2,000 Ethiopians who are stranded on the border on Yemen side and are without food, water or healthcare. Saudi Arabia is also a key destination that offers jobs to thousands of migrants from Ethiopia, making it a key nation to provide foreign remittance to Ethiopia. However, Saudi Arabia has recently intensified crackdowns on illegal migration from Ethiopia. On an average at least 10,000 migrants have been deported. But Ethiopian government was given a moratorium due to pandemic crisis.

1/ UPDATE: 2 weeks ago we wrote that "hundreds if not thousands" of migrants from #Ethiopia were trapped horrific prisons in #SaudiArabia.

Now new information suggests that this was just the tip of the iceberg. @ZekuZelalem https://t.co/CZg3eBiyCl

Regarding the living conditions in kingdom’s detention centers Amnesty International Group had interviewed 12 detained Ethiopian migrants regarding conditions in the al-Dayer detention center, Jizan central prison, and also prisons in Jeddah and Mecca. Amnesty reported of dire conditions in al-Dayer and Jizan, where detainees have said of sharing cells with up to 350 people. Two migrants have reported to personally see dead bodies of three men in al-Dayer who were from Ethiopia, Yemen and Somalia. Allegations have been supported by photos, videos and satellite imagery.

Amnesty has urged the Ethiopian government to facilitate urgent repatriation of its nationals and has also asked the Saudi authorities to improve living conditions in the detention centers.

Nagaland Moves Towards Self Sufficiency To Support Returning Migrants