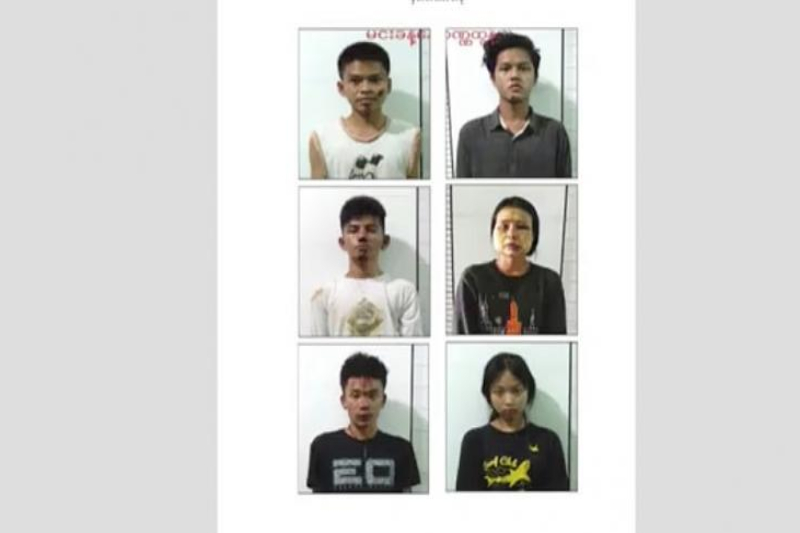 In a shocking revelation, it was brought to light that Myanmar which otherwise is known for its peace and beauty is arbitrarily arresting and detaining family and friends of activists, protesters. They are using security forces to capture the members of the opposition party. People are demanding that the authorities should immediately and unconditionally release all those wrongfully held and end all collective punishment. It not only violates fundamental principles but also is a crime in the eyes of international human rights law. Since February, military coup in Myanmar, security forces have detained at least 76 people, including an infant, during raids when they were unable to find the person they sought to arrest. And from these at least 48 people are still in detention, making them being forcefully held for over three months now.

Asia Director of Human Watch, Phil Robertson says, that seizing family members and friends as hostages is a thuggish tactic by Myanmar’s security forces to terrorize the population and coerce activists to turn themselves in. The officials should end the practice of collective punishment immediately and release everyone held on this illegal basis. Taking vendetta against individuals, it was also noted that in March, security forces began searching for lawyer Robert San Aung and in return seized his daughter and brother-in-law and held them for 18 days before releasing them. And similarly, in April, security forces searching for Pu Do Sian Pau, a member of the opposition Civil Disobedience Movement, seized his mother and his 70-year-old father, a retired pastor of the Cope Memorial Baptist Church. Both are still in detention.

Relatives painfully tell that a lot of times they are beaten before releasing them. Tin Htut Paing, who is an activist and currently is hiding told media through a cover that security forces searching for him and his brother beat his 90-year-old grandmother and 64-year-old mother. Security forces have now detained his mother and charged her with “incitement.” And in May end she was sentenced to be in prison for three more years. The series of sorrow and pain doesn’t end will adults only, rather innocent children have also become an easy target for the instability of the Myanmar forces. Young children and infant have also been detained as they capture five relatives of strike leader Ko Jay Lah, including two girls aged 2 and 4.

It is noted that these people are being detained just because they had a relationship with another person which violates their right to liberty and security of person and the right to a fair trial. Asia Director, Robertson concludes by saying that Myanmar’s junta has taken unlawful detention to a noxious new level by detaining those close to people who themselves should not be facing arrest. Concerned governments should urgently impose targeted sanctions and a global arms embargo or expect the junta to continue to raise the stakes on abusive actions.