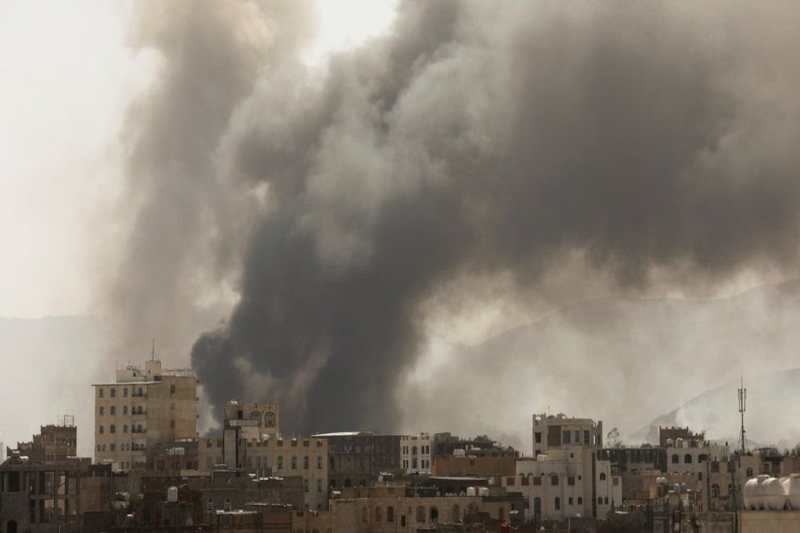 A month after fire broke out at a migrant detention centre in Yemen, the Houthi rebels of region have finally broken silence and admitted the reason of fire.

The fire that led to death of 45 migrants in the detention centre in capital Sana’a, majority being from Ethiopia, was triggered by teargas fired by Yemen’s Houthi rebels, as they admitted. The rebels recognized that three teargas cannisters were fired by the guards to end protest at a crowded hanger in Sana’a that led to the massive fire.

Interior Ministry, that is run by the Houthi rebels, said that 11 security services officials have been detained in relation to the incident. These men along with many senior officials would be tried in court.

Migrant groups and community, in support withy international rights groups has demanded that international investigation must be called for in the incident.

The facility where fire broke out was housing around 900 migrants, most of who were from Ethiopia. This included around 350 migrants who were present in the hanger that is run by the Passports and Naturalization Authority.

The protests and hunger strike by migrants at hanger were against ill-treatment and abuses at the detention facility. According to the Houthi rebels, the migrants were protesting to pressurize the International Organization for Migration to transfer them.

United Nations has called for an independent inquiry into the deadly fire that also left over 170 injured. UN special envoy to Yemen, Martin Griffiths said calling for an inquiry said that the deaths were “extraordinarily horrific” and that it was a part of deterioration across the country.

Yemen remains a site for thousands of migrants from Africa transiting to Saudi Arabia in search of better life and employment as house keepers, servants and construction workers.