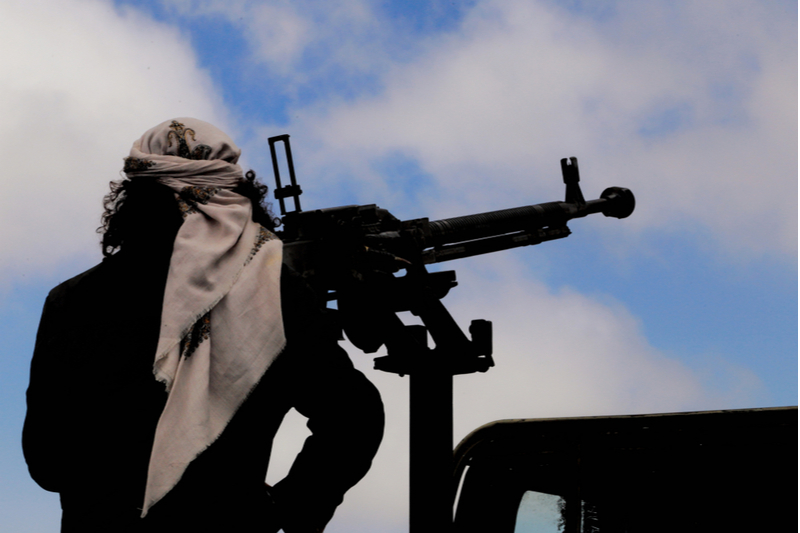 A fire that broke out at a Houthi controlled migrant centre has left foreign envoys to Yemen and rights groups shocked and disturbed together. Surprisingly, it was a Houthi-controlled migrant centre that was gutted in fire. Now the international human rights fraternity is demanding that the rebels give investigators access to the site and the wounded.

Houthis have been known to trouble the Yemeni surviving population in many ways. It has constantly siphoned its relief aid, which lead to the US retracting support for the UN led relief support to Yemen. This is looking like another attempt by the Houthis to eliminate taking responsibility of taking care of a migrant population.

Most of those staying at the settlement were Houthi detained refugees. Many are of African origins. Dozens have suspected lost their lives. Apparently, the Sanna settlement had been the bedrock of protest against bad living conditions and overcrowding under the precarious threat of Covid-19 infection spread.

Public statements continue to flood the social media, expressing need for serious action against the heinous crime against humanity.

The Geneva-based SAM Organization for Rights and Liberties for example has clearly stated that, “The Houthis were directly and consistently responsible for the killing and injury of approximately 450, mostly Ethiopian, migrants in a detention center, on 7 March 2021, in a fire caused by bombs apparently fired by Houthi forces.“

The atrocities came to light as videos of charred bodies were shared in the social media. As the international fraternity is pushing for investigations, the Houthi spokesperson has not been able to provide any count of the number of deaths and lives lost.

Local reports suggested hundreds may have perished in the blaze at the facility housing 900 people. The fire took place in a hangar within the complex containing 350 refugees. The UN’s International Organization of Migration (IOM) said at least 170 were injured and an unknown number had died.

Houthis were using extortion tactics to promise them release. But release would never come through. According to some eyewitness, things had gone sour when migrants started to protest for release and inhuman living conditions.

Houthi guards attempted to end the protest on Sunday afternoon, and when migrants refused, they fired “projectiles” into the hangar, which sparked the blaze. The UN’s International Organization of Migration (IOM) has repeatedly condemned the presence of detention camps in Yemen. It has further stated that even if such camps continue to function, there is need to maintain human dignity of the Ethiopian detainees.