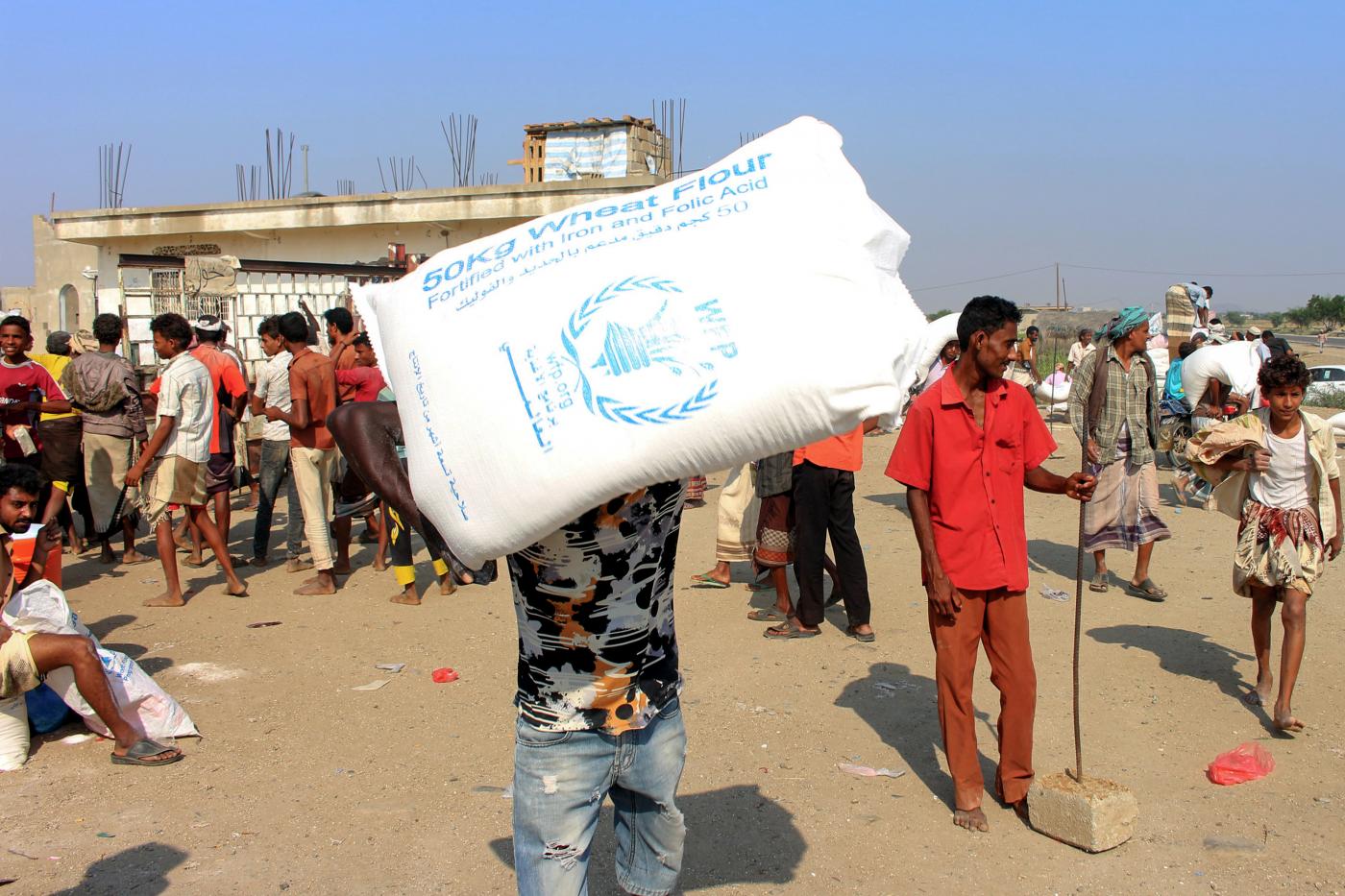 Sources in the relief sector revealed a reduction in humanitarian aid feeding 12 million people in the Houthi-controlled areas in northern Yemen starting next month, in a move described by a report published by Reuters today as “unusual”, explaining that “donors and humanitarian organizations can no longer Ensure aid reaches those who deserve it. ”

Sources from the humanitarian sector said that the Houthi authorities are delaying efforts to deliver food and other aid to those they deserve, to the extent that they are no longer likely.
A senior United Nations official said: “The business climate in northern Yemen has declined significantly in the past few months, so that humanitarian workers can no longer manage the risks associated with delivering aid in current quantities.”

Unless the situation improves, the official said, donors and humanitarian workers “will have no choice” but to cut aid. This will include cutting some of the food aid overseen by the United Nations World Food Program, which feeds more than 12 million people every month.
The Supreme Council for the Administration and Coordination of Humanitarian Affairs, a Houthi organization established in November to monitor aid, did not respond to a request for comment, according to a Reuters report.

Aid agencies have complained publicly and privately over the past year of poor working conditions, lack of travel permits and other restrictions on entry, leaving workers in northern Yemen “in a state of indignation,” as one worker put it, and unable to work at their full potential.
Another source familiar with the discussions between donors and aid distributors said: “At senior levels, that has left NGOs and donors asking: Can we continue like this or are fundamental changes going to happen?”

No donors, United Nations agencies, or charitable organizations have yet to announce the cut. Three sources told Reuters that the reduction is likely to start in March, after consulting donors this month.
The United Nations official said: “No one wants to withdraw at the time of the crisis, and certainly with a crisis of this magnitude that exists in Yemen, but humanitarian workers have to balance what they are doing based on the risks they face.” See more news about human rights