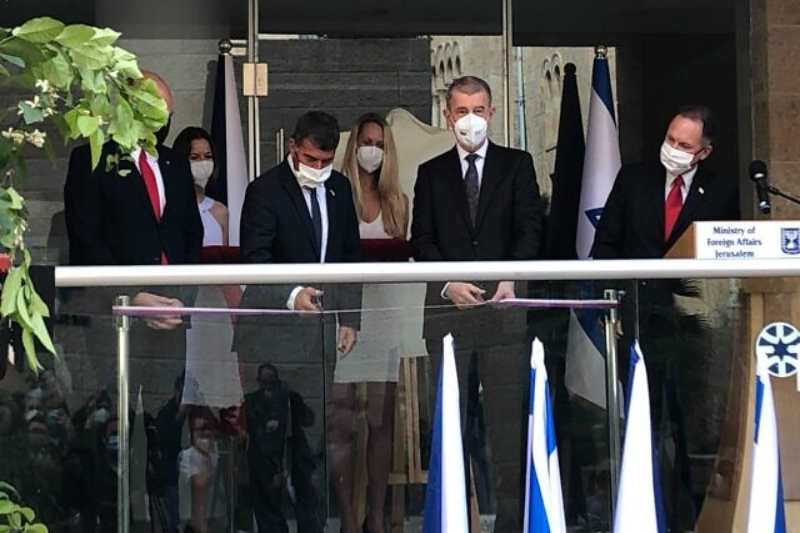 On Thursday, Czech Prime Minister Andrej Babis and Israeli Foreign Minister Gabi Ashkenazi opened the country’s embassy in Jerusalem. On the historic occasion, the European country’s premier said, “We keep our promise. The Czech Republic will have a full-fledged diplomatic mission here in Jerusalem. It will deal with a lot — ranging from politics, economic cooperation, consular agenda, and other topics. It will have a permanent staff and work under the lead of our embassy in Tel Aviv.”

Czech Republic is the second European country after Hungary to open its diplomatic office in Jerusalem. The shift was decided about three years ago when the country’s President Milos Zeman unveiled a three-stage plan to gradually relocate Czech embassy from Tel Aviv to Jerusalem, in May 2018.

Israeli government welcomed the move. During the opening ceremony, Israeli FM said that it was an “additional proof of the depth and the scope of the friendship we share with the Czech people and the Czech Republic and government.”

He added: “I would like to thank the Czech Republic for leading change in Europe towards the city of Jerusalem as a whole and toward the connection with the State of Israel.”

The ceremony was also attended by Israeli Public Security Minister Amir Ohana. Ohana, who was representing Prime Minister Benjamin Netanyahu at the event, said, “The Middle East as a whole has experienced a paradigm shift… It is suitable to begin an era of peace with the recognition of truth. A historical truth that the city of Jerusalem has been for more than 3000 years the beating heart of the Jewish people and its only capital… We consider this event a highly significant step, and a gesture by the Czech Republic that will further strengthen Czech-Israeli relations,”

“The Czech Republic is one of Israel’s closest allies frequently demonstrating strong support for Israel at the United Nations, and within the European Union,” Ohana added. The move contradicted the European Union policy, as it doesn’t permit the shifting of embassy offices to Jerusalem, given the lack of agreement between the Israelis and the Palestinians over the issue of the holy city. Besides EU, many nations across the world have also decided against shifting their embassies from Tel Aviv to Jerusalem. Though US and Guatemala have been an exception to this list.