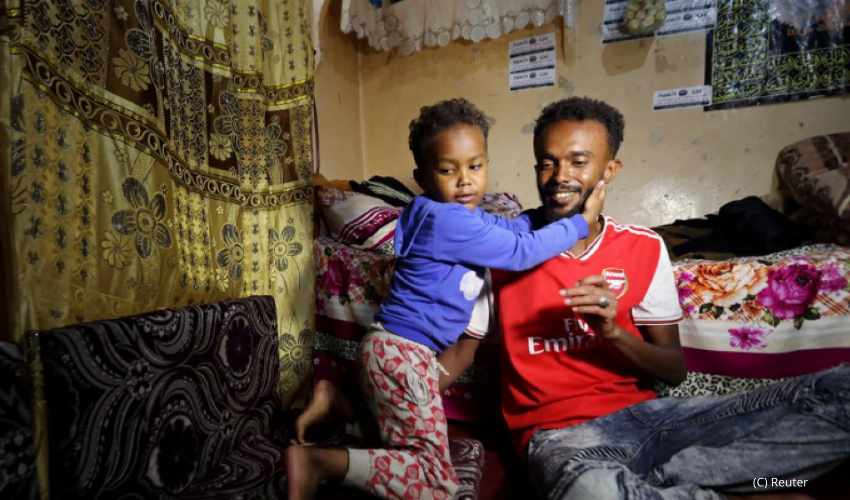 Yemen is currently in a state of struggle with over 80% of the population is being displaced and relies at the humanitarian aid. The country is divided between Houthi authorities in north and Yemen government in the south.

The six year long conflict has resulted in internal displacement of one in every eight Yemeni national. With over 280,000 refugees living in Yemen, it is the second largest host of Somali refugee and migrant population.

In May the first coronavirus case was found dead in Sanaa hotel, as declared by Houthi administration. The deceased was a Somali resident. Since then there has been significant stigmatization and discrimination against the African migrants and refugees, United Nations reported.

The coronavirus has led to job loss and dire living circumstances of thousands of migrants from Africa, who moved to Yemen for a better life. But the war struck country is making the living conditions difficult for them. With the increased discrimination against Africans due to coronavirus spread, the problems are only increasing.

Hasan, a Somali migrant who used to wash cars in Yemen’s capital city of Sanaa is finding it difficult to get job post pandemic hit the country. On the customer prospect he says, “They ask ‘What’s your nationality: Yemen, Somalia?’ I say Somali and they say ‘sorry, goodbye’.”

Yemen’s limited resources has always been a reason of tension between the country residents and refugee communities. But the pandemic has brought the situation to an all time low. United Nations’ refugee agency’s (UNHCR) official Jean Nicolas Beuze says the current internal conflicts in Yemen are an additional woe to plight of migrants.