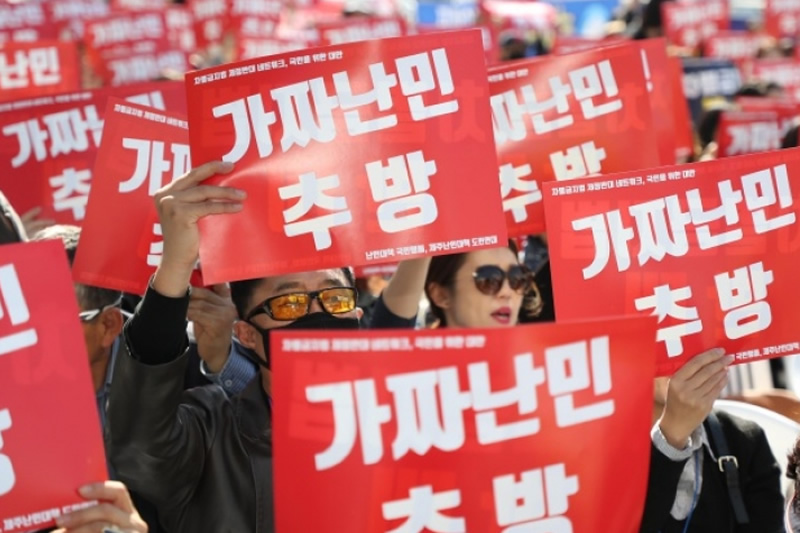 Korea – Migrant workers in Korea are subjected to harsh discrimination at workplace and also in regular demeanor of treatment. Unfortunately and quite surprisingly, this is despite a fair amount of awareness among Koreans about discrimination and abuse.

Many migrant workers in Korea have been reported to experience loss of rightful wages. They are also devoid of proper living conditions. An inspection was conducted by Labor Ministry in January of 3,850 migrant workers at around 496 workplaces in fishing and farming sectors. In the survey about 70 per cent people said they have been living in temporary structures. A Cambodian female worker at a farm in Pocheon, Gyeonggi Province was found dead in a plastic greenhouse structure due to extreme drop in temperature falling to minus 18 degrees Celsius.

According to the Labor Ministry, the employers who are offering temporary structures to foreign workers as shelters, are required to report it to the local governments. Despite of these regulations, the reports were not submitted by 56.5 per cent of employers. These makeshift shelters are found to pose privacy issues and fire hazards.

These discriminations are despite of awareness among Koreans about racism and abuse against the foreign workers, according to survey by National Human Rights Commission of Korea that was released last year. In 2014, Pocheon Africa Museum of Original Art was found to abuse workers from African countries, creating much controversy. The workers were paid below minimum wages and given housing in mice-infested facilities. Yoon Soo Ryon, a cultural studies professor at Hong Kong’s Lingnan University mentions in her research the foreign workers “had been given thin mattresses and pieces of plywood as beds, and the house was filled with mold and, sometimes, mice.” Highlighting the discrimination based on race, Yoon Soo said, “A lot of it has to be with where these performers come from, and what kinds of performances they put on. Do we treat French performers doing contemporary dances on stage the same as Burkinabe performers doing this folk and traditional performances in a museum? That is part of the larger concerns that I have seen.”