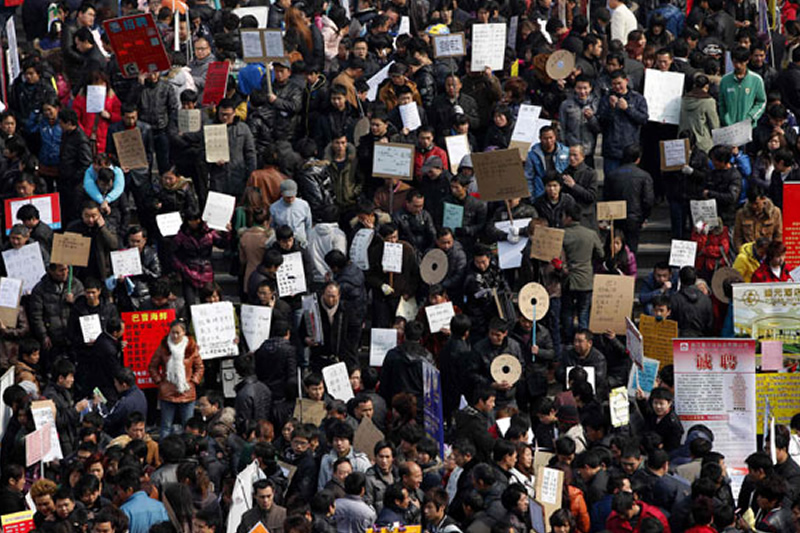 China – Migrant workers are up and arms against authorities in China. Confirmed reports are coming in of civil unrest amongst migrant workers protesting against the death of a fellow worker, especially in Haining city of Zhejiang province and Fushun County of Sichuan province.

Apparently, thousands of migrant workers had gathered in front of the Haining municipal government building protesting over the death of a fellow-labourer.

In a tragic incident of gross inhumanity, a labourer went to ask for his wages where he was mistreated and set on fire. He succumbed to the 95percent burns and died.

Meanwhile, the Chinese social media platform, WeChat screenshot shared by the same Twitter account suggested that migrant workers of Fushun County donated money for his treatment. Wang Qi probably was not working in his own permitted area and was thus subjected to such harsh behaviour.

In the Chinese system of migrant employment, the ‘hukou’ system is used to control illegal migration. Under this system, workers can only work in their own provinces and will have to seek a special permit to work elsewhere, which is very hard to come by.

Even then, illegal movement has been observed as most of these migrants don’t get work in their provinces. So, while they move into other provinces, they have no work rights and can only take up temporary work.

According to the International Forum For Rights And Society (IFFRAS), the Hukou system does not support migrant workers at all. In fact, it makes it difficult for them to come into larger cities and find work to fend for themselves. The Chinese government has created such strict rules in a simple way to keep the larger cities clear off such migrant population. Human rights groups see them as discriminatory and extremely, inhuman. According to a Canadian think tank, this kind of eruption amongst migrant workers could take the shape of a civil unrest. But owing to the harsh behaviour and rule of the rod that China follows, humanity is in danger in China again.