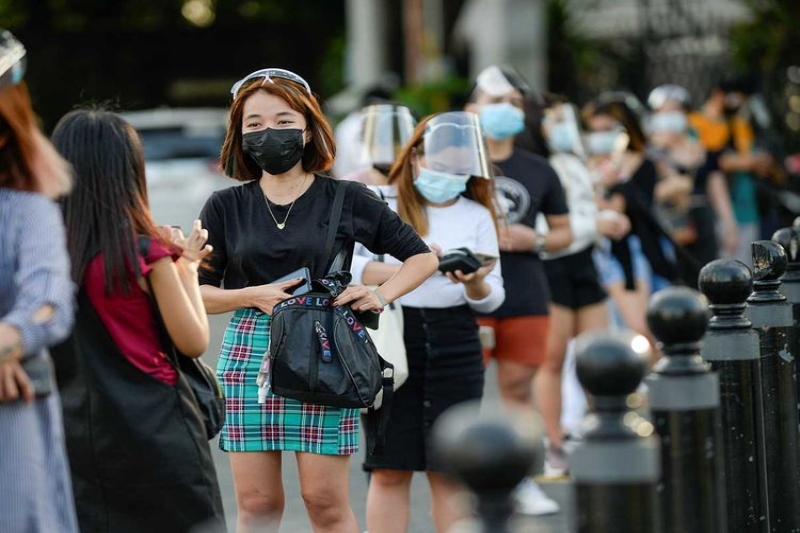 Hong Kong – Filipinos employed in Hong Kong are getting a taste of the new variant, as they struggle to keep work, send money home and not be infected.  While many have been vaccinated, but they still became carriers of the virus and landed up infecting the families they were rendering services.

Mostly, women, these foreign workers are employed as servants and nannies. Many have lost jobs of the stigma of being Filipinos and active carriers of the virus. Domestic workers in Hong Kong, the vast majority of whom are women, typically work six days a week, cooking, cleaning and caring for children and elderly relatives. They’re paid on average $160 a week.

They have been termed as warriors back home, who have sent millions in remittance to support their families back home. But their living conditions are despicable. Many women who have been terminated from their services after being tested positive, didn’t have a place to stay. They had to borrow space and shelter themselves in cold weather and could not let families back home know if their plight.

Dolores Pelaez leads the worker support group United Filipinos in Hong Kong-Migrante, and has been a domestic worker in Hong Kong for the past 26 years. She says she knows at least 30 women who have been terminated after testing positive. She says hundreds more were made temporarily homeless, evicted from their employer’s home after they fell ill from COVID-19.

According to surveys done by NGOs working for the betterment of these women, 80percent employers don’t have facilities to quarantine these women. They don’t provide them isolation facilities elsewhere and ask them to fend for themselves.

Under Hong Kong law, an employer who does dismiss an employee for reasons of ill health faces a HK$100,000 fine — about $13,000 USD. The Hong Kong Labor Secretary reminded employers of the sanction, noting that negative reports may cause “a diplomatic incident.” The warning was posted on the government website.

In reality, the law is not being followed.