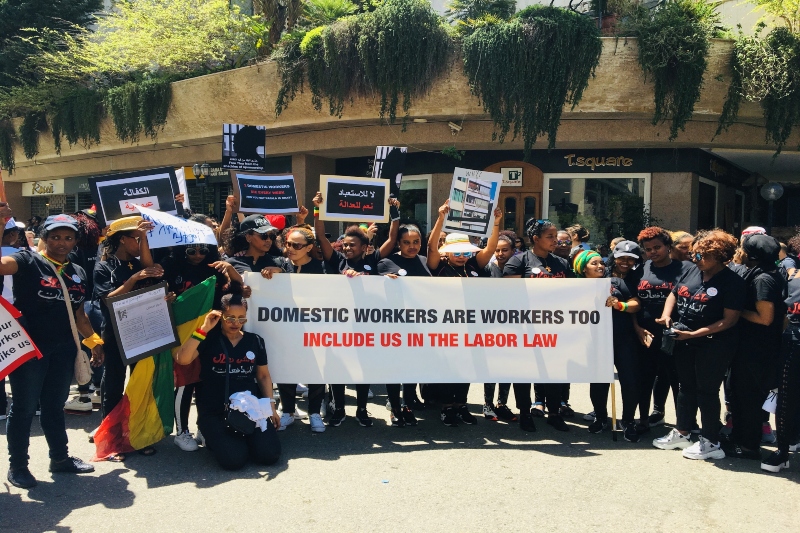 Lebanon – The current crisis in Lebanon has increased the suffering of migrant domestic workers. Their working conditions are at its worst where they are being denied basic rights and suffer at the hands of their employers with low wages and physical abuse as well. To top it all, the current economic crisis in the country has worsened their situation.

As per the stories shared by migrant workers, they are denied of basic rights like food and treated like a ‘commodity.’ The employers sometime beat them and they are not allowed to leave. As per one worker, his owner said that he has purchased him for $2000 and in case he wants to leave the job, he has to pay this amount. Neither the recruitment agencies nor the employers take care of their needs.

The majority of migrant workers living in Lebanon have been hired through work permits. Approximately 2,50,000 domestic workers are staying in Lebanon under such conditions. Majority of workers are women that hail from countries like Ethiopia, Philippines, Bangladesh, and Sri Lanka. They are paid meagre salary of $150 to $400 a month. Most of these countries are economically backward offering low or no job opportunities.

Many workers have lost their only source of income due to the recent economic crisis in Lebanon. Those working are like modern day slaves, working under a sponsorship system called as “kafala”. This system has put the workers at the mercy of their employers.

“Kafala” has been denounced by the civil society and the human rights associations, as under this system a migrant worker cannot terminate their work contract without the consent of their employer, which gives the employers a complete control over workers’; lives, and further adds to their vulnerable situation. This system has led workers undergo a lot of exploitation and abuse. What makes it worse, is the law which considers them illegal if they escape from their employers.

As per the sources from human rights organization, with the current system and economic situation the basic rights of the workers such as the right to work specific hours; the right to keep personal documents such as a passport or residence card; and the right to rest, move freely, communicate with friends and family, and enjoy other personal freedoms – are not respected. UN has supported for an end to the Kafala system. An organization supported by Lebanese UN Women called as “Kafa”, has been supporting the women workers by providing protection against the sexual and physical violence by their sponsors. They also believe that ill-treatment and the lack of the most basic rights to the migrant labour has increased the cases of many suicides’ cases among migrant domestic workers. Also, a weak legal system to protect them which does not consider these workers under Lebanon’s labour laws, makes the situation worse.