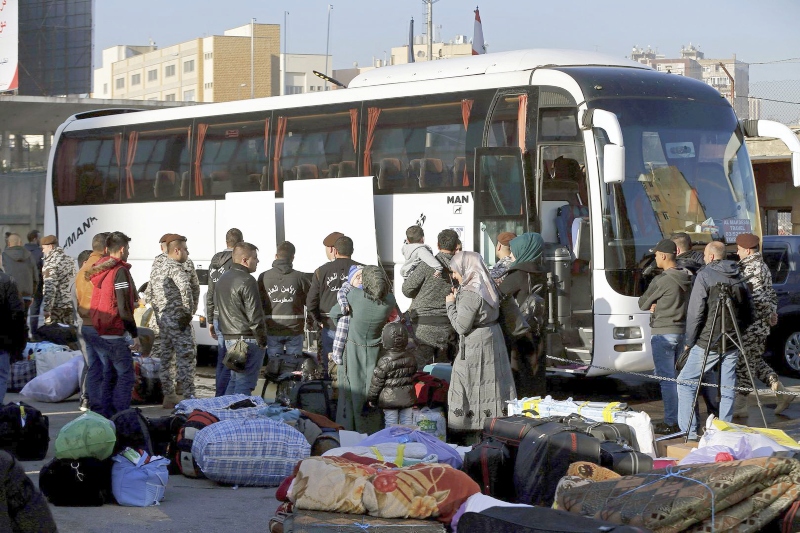 Lebanon says no to deportation of Syrian refugees

Lebanon officials have confirmed that they will not be deporting six Syrian refugees who were captured by the Lebanese army a few days ago. These refugees were reportedly detained as they tried to enter the country without authorization.

Following their detainment, many human rights groups opposed the action due to severe violation of rights. They also stated that if they are returned home after this detainment, they will further risk human rights violations and arbitrary detention in Syria.

The arrested individuals were detained outside the Syrian embassy in beirut where they had reportedly gone to collect their passports. After the Lebanon army detained them, they were handed over to Lebanon’s General Security agency.

There was a lot of uproar as the human rights organisation felt that these men will be handed over to Syria, a claim which was later denied by Lebanon’s General Security. The Major general Abbas Ibrahim also told one of the news Organisations that the general security will not be departing them to Syria and will try to legalize their status.

It was revealed that five of those refugees are from the southern province of Daraa which is also the place where the Syrian government has besieged and shelled the city since June. Amnesty International report has earlier published regarding the detention, disappearance and torture of Syrian refugees who return home.

After the report, there has been a huge protest against sending Syrian refugees or those flown away back to their homeland as they fear that it will be a torturous situation for them. Another rights group based out of London revealed that there were human rights violations by Syrian intelligence officers for nearly 66 Syrians including 13 children.