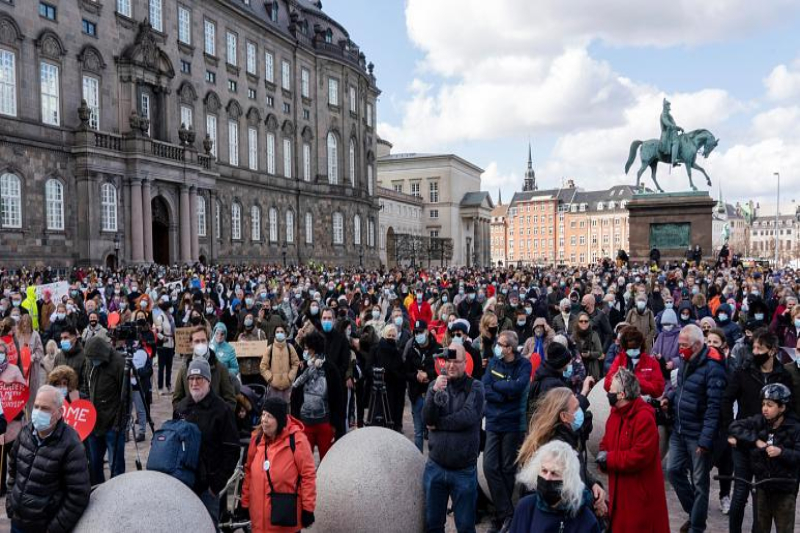 In the wake of tightening its migration policy, Denmark is being held responsible for indulging in human rights violation, as it forces Syrian refugees to return back.

It has become the first European nation to revoke residency permits of some Syrian individuals who have been residing in Denmark since 2015. In a bizarre claim, the country is saying that is deems the capital of Damascus, and its neighbouring regions as safe to return to, although experts obviously have to disagree. Situation is Syria is far from normal and for its to come to normalcy will take a decade of humanitarian aid and financial help to the literally non-effective governance that is again trying to come to power without following the UN Resolution set down for fair elections.

While humanitarian organizations are appalled at the stance taken by the Danish government, on their part, they say that, they had made it perfectly clear all along to Syrian refugees that they were being offered temporary protection.

The policy is a result of the exodus of migrants across Europe since 2015 that added another exponential one million more numbers thereafter.

Because Denmark has no diplomatic relations with Syria, in case these migrants refuse go back, there is little hope for their safe haven anywhere expect in deportation centers. So if people refuse to return they cannot be forced but will instead find themselves in deportation centres, which the Red Cross says are like prisons. Single women are likely to be sent to the Kaershovedgaard deportation centre, a remote complex of buildings about 300 kilometres west of Copenhagen. Access to these places remains restricted.

Most are known to have rudimentary infrastructure where cooking is banned and activities are restricted. Even Danish language lessons are not allowed. If there is any saving grace is that Men who could be conscripted into Bashar al Assad’s army are not currently being told to return.

Denmark known to be a more accommodating human country shifted its stance when the winds of politics tilted in favour of the left-wing Social Democratic-led government, whose immigration stance has veered to resemble that of a right-wing party. Though the numbers of asylum-seekers in Denmark have plummeted since the peak of the migration crisis, Prime Minister Mette Frederiksen reiterated in January a vision of having “zero asylum-seekers.”