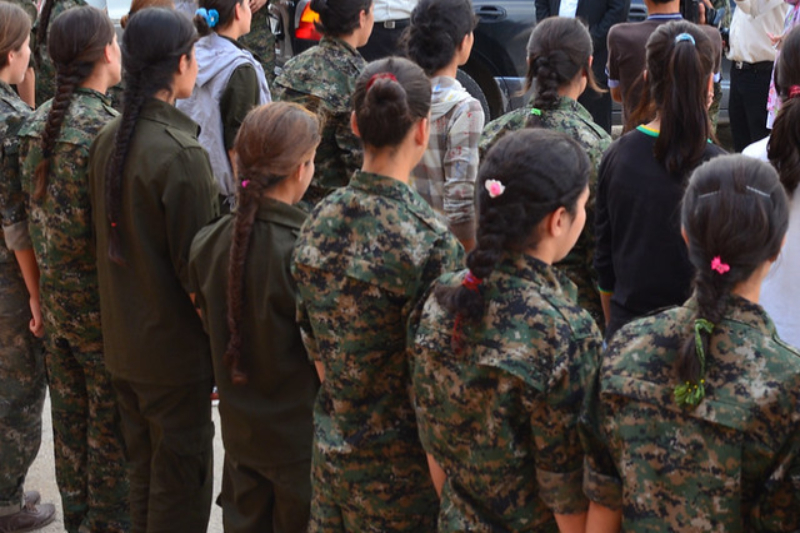 A detention center exists for caliphate cubs in Syria.  This is literally a place where children who were being used as child terrorists are being rehabilitated. Currently, the detention center is home to some 50 such boys.

A case of a certain boy name Abdullah came to light recently and being widely written about in the local British media. He left London with his parents when he was eight and arrived in Syria, where his whole family was wiped off at the last ISIS stronghold of Baghouz in 2019.

The family is said to be originally from Pakistan. Now 13, Abdullah was taught to use a gun by the ISIS fighters and now finds himself locked up in a prison. He wants to return back to Britain.

The child had brother and sisters who also perished in Syria. He is now being held at the Kurdish-run Hori Centre, a rehabilitation facility for boys accused of carrying out atrocities on behalf of ISIS, in the northeastern town of Tal Marouf.

Reports confirms that thousands of children have been tortured and brainwashed into becoming terrorists by the ISIS. The Hori Center has been working towards rehabilitating such youth and trying to give them a better future. Between the age of 12-17, these boys were trained for years together, and detained by Kurdish fighters or the US-led Western forces who supported them during the battle to destroy the jihadists’ self-styled ‘caliphate’.

Some were forcibly taken into becoming terrorists and made to witness horrors of inhuman killing of civilians. They were made to feel proud of doing the same too. Run by two women, the center is now trying to inculcate a sense of normalcy in these children. While most of the children are Syrian, the center also hosts former “cubs” from countries including Turkey and Indonesia. Their days follow a strict routine that includes a lot of sports, particularly volleyball, various chores on the compound, and workshops training them to become barbers and tailors. Also central to the rehabilitation process is a curriculum that includes history, geography, Arabic, and Kurdish classes, as well as a “morality” class. Many have experienced poverty, received very little education, and grew up in tough family environments.