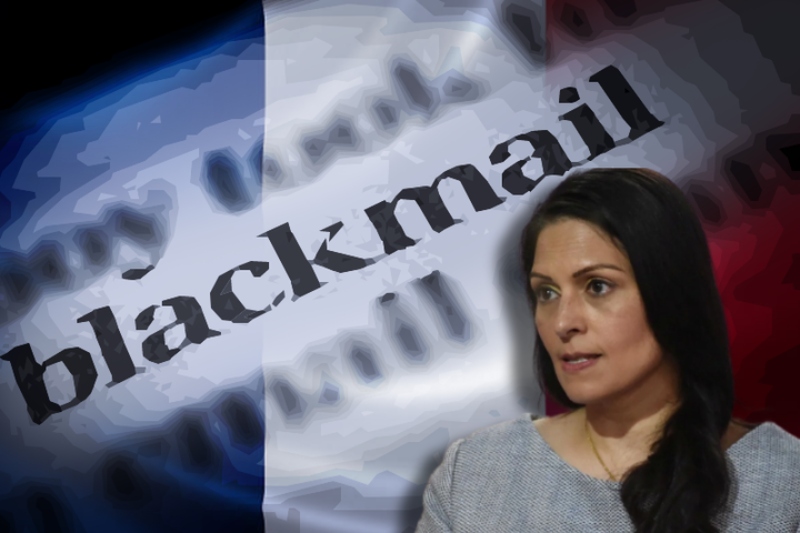 Interior ministry of France has accused United Kingdom Home Secretary Priti Patel of “financial blackmail” and violating international maritime law through efforts to prevent migrants from crossing over the English Channel through boat.

Patel has been accused by Gerald Darmanin that the plans which were released on Wednesday night would not be accepted by France. Under the new plans by Patel, vulnerable migrants trying to reach UK through Channel would be returned into French waters. “France will not accept any practice that breaks maritime law, nor any financial blackmail,” Darmanin wrote on Twitter. “Britain’s commitments must be respected. I said this clearly to my counterpart” he added during a meeting on Wednesday.

French officials and activists are also raising concerns that the “turnaround” tactics by UK could lead to more people jumping into waters to escape approaching Border Force vessels.

Patel has ordered the new strategy under continuous pressure from PM Boris Johnson and MPs to stop the crossings through Channel. In her defence, Patel claims that she has secured legal advice and green flag for Border Force vessels to redirect migrant boats from UK waters back into France waters.

Paris is outraged over blackmail by UK that it can withhold part of €62.7m (£55m) it had promised to France earlier this year that would be used to fund policing and patrols in northern part of France if more is not done to prevent the migrant crossings. “Such an approach would reflect a serious loss of confidence in our cooperation,” a source in French interior ministry said.

Kevin Mills, the Border Force rep for PCS union shares his suspicion that the tactic is more of a “headline-grabbing exercise”. He said, “To use this tactic, you need perfect weather, you need to know there is adequate fuel on the suspected vessel so it can return to France, the vessel would have to be seaworthy, there can’t be any babies or minors on board, every passenger has to be healthy, and there can be no chance of loss of life. Highly unlikely.”

Migrant activists and aid organizations have condemned the announcement by UK home secretary office. Steve Valdez-Symonds, Amnesty International UK’s refugee and migrant rights director, said: “The government’s pushback plan is senseless, dangerous and almost certainly unlawful. Intercepting vessels in the Channel is incredibly high risk and to push people back will endanger their lives, which is totally at odds with the legal duty of rescue at sea.”