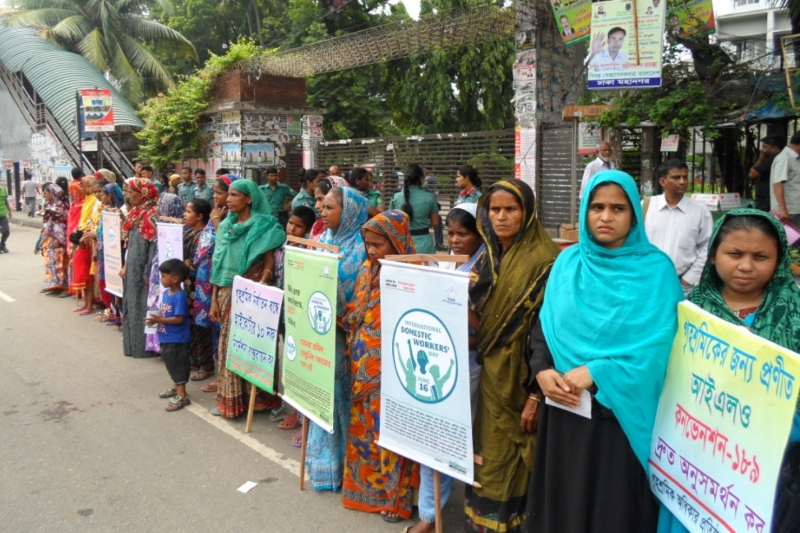 Bangladesh – United States of America’s Treasury Department had imposed sanctions on six former and current commanders of Bangladesh’s RAB (Rapid Action Battalion), along with visa restrictions against two RAB commanders. This had reiterated the calls for United Nations to ban deployment of RAB members in peace keeping operations. As a retaliation to the imposed sanctions, government of Bangladesh has intensified reprisals against defenders of human rights and their families. In fact the government has even awarded RAB officials medals for “their bravery and service to the country in 2021” instead of taking action against the perpetrators.

Since the sanctions, police have been going unannounced to homes of many rights defenders who had been forcefully disappeared and coerced to sign blank papers or pre-written statements. The families of rights defenders in Bangladesh are constantly living in fear of unknown at the hands of justice providers.

Furthermore, many defenders have been victims of increased criminalization. A human rights defender Md. Abdul Kaium was charged under Digital Security Act on January 17, 2022 by a court in Mymensingh district of Bangladesh. He has been accused for documenting cases of forced disappearances in the country, extrajudicial killings and other violations of human rights. Multiple defenders, who are currently in exile, are also been investigated by police.

The recent increase in reprisals after sanctions comes at a time when persecution of defenders, journalists and dissidents in Bangladesh is already a concern. The Government of Bangladesh has prosecuted Odhikar’s Secretary Adilur Rahman Khan and Director ASM Nasiruddin Elan in a cybercrime case at the Cyber Tribunal of Dhaka. Khan and Elan were detained in 2013 for 62 and 25 days respectively after they published a fact-finding report on extrajudicial killings carried out in Bangladesh. They are now facing trial at the Cyber Tribunal while their petition for reviewing remains pending before the Appellate Division of the Supreme Court of Bangladesh.

“Instead of targeting those who expose human rights violations, the government should shift their priorities towards holding perpetrators accountable, no matter their rank,” said Kerry Kennedy, President of Robert F. Kennedy Human Rights. “The international community is eagerly waiting for the government to reaffirm their commitment to upholding human rights in light of the new sanctions against RAB.”