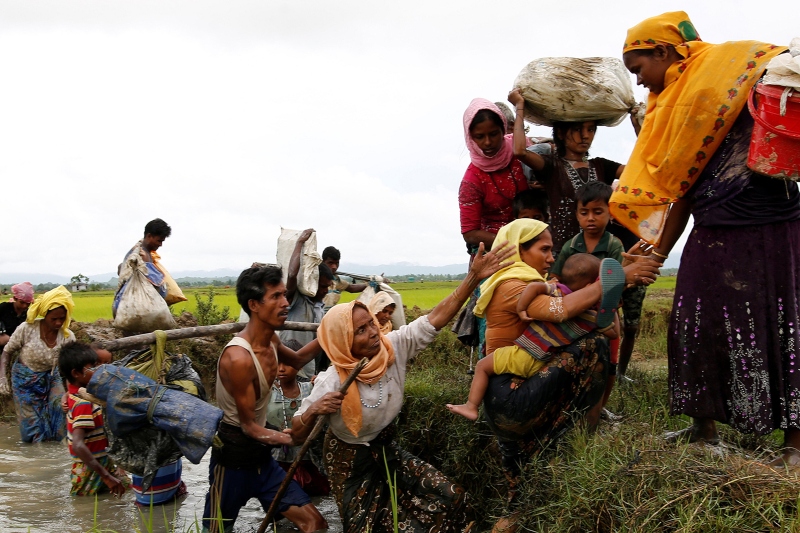 the significance of human rights for rohingya refugees

Bangladesh – On Sunday, an independent UN expert lauded Bangladesh for its efforts in providing Rohingya refugees a haven after they fled the atrocities and crimes against them in Myanmar. Ending his first official visit to Bangladesh Tom Andrews, the Special Rapporteur of human rights situation in Myanmar said, “Bangladesh saved untold numbers of lives when it opened its arms and hearts to Rohingya people who survived these most unspeakable of horrors inflicted on them by the Myanmar military.”

Offering and assuring his efforts to bolster required international efforts towards crisis Mr. Andrews said, “I will do everything in my capacity to push for a stronger, more coordinated international response to this crisis, including the imposition of pressure on the Myanmar military and for concrete measures to hold the military junta fully accountable for this crisis.”

During his visit to Bangladesh, Andrews met several refugees in the largest establishment of Rohingya refugees in the country, Cox’s Bazar. He also met refugees who had been relocated to Bhasan Char Island, a remote silt island in the Bay of Bengal where the Government of Bangladesh has relocated approximately19,000 refugees. “Nearly every Rohingya person I spoke with on this mission…want[ed] to return home as soon as they can do so voluntarily, safely, sustainably, and with dignity”, he said. He stressed that efforts should be streamlined to ensure safe, but voluntary of these refugees to Myanmar.

Andrews has put forward a number of recommendations to be provided to the Rohingya community, including security, access to healthcare, opportunities for education, and creating ample opportunities for their sustainable livelihood. “Successfully addressing each of these key areas is in the interest, not only of the Rohingya community, but of everyone who shares the goal of a successful and sustained repatriation of the Rohingya community back to where they most want to go, home”, he stressed. “Education will provide Rohingya youth with opportunities that could deter them from negative coping mechanisms, reducing security vulnerabilities in the camps, and reducing security vulnerabilities for all,” he identified. Mr. Andrews welcomed the commitments underlined in the Memorandum of Understanding (MoU) with the United Nations, calling their implementation. He further called out the international community to share the responsibility of providing shelter to the Rohingya community. He added that Bangladesh should not take over the responsibility of the Rohingyas alone. “A stronger commitment of resources is required for the Rohingya refugees and host communities. And the Government of Bangladesh needs and deserves a stronger international partnership”, Mr. Andreas noted.

“Most of all, I look forward to returning to a Myanmar where justice, human rights and human decency finally prevail, and I can meet with the Rohingya community not as refugees but as citizens in their own country, Myanmar”, the Special Rapporteur concluded.