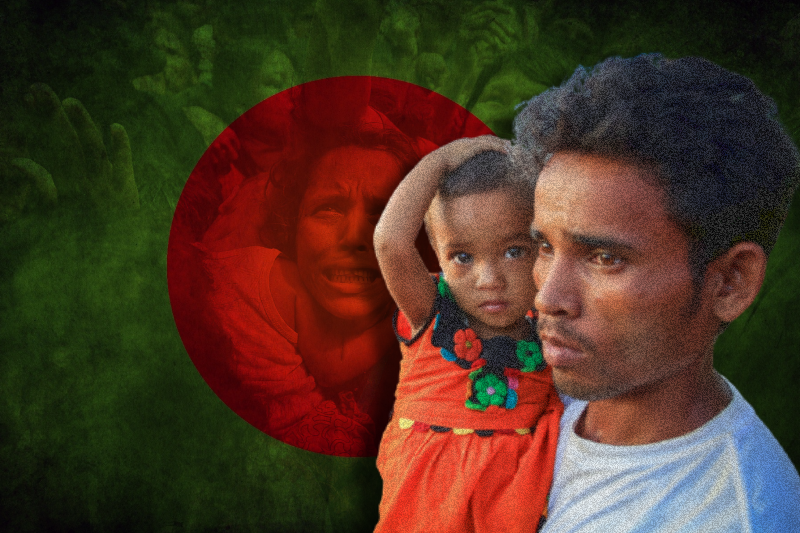 Mohib Ullah, 46, chair of the Arakan Rohingya Society for Peace and Human Rights (ARSPH), was killed on September 29, 2021 by unidentified gunmen in Kutupalong camp in Cox’s Bazaar. Ullah, as reported by his associates, had reported threats from armed groups multiple times to officials, but no support was offered by the Bangladeshi authorities. “The Bangladesh government deployed many security forces in the camps, but they were busy subduing and controlling refugees instead of protecting them,” said one activist who was interviewed by the Human Rights Watch.

Mohib Ullah served as leader among almost 1 million Bangladesh’s Rohingya refugees. In 2019 he started receiving threats amid his rising popularity. Threats were majorly from Arakan Rohingya Salvation Army (ARSA) and other armed groups that challenged his leadership. In August, Ullah had sent a letter to the Bangladesh government Refugee Relief and Repatriation Commissioner, with copies to the camp-in-charge official and Special Branch in Cox’s Bazar, in which he outlined the death threats he and other activists were receiving from the armed groups.

“Mohib Ullah’s flight from mass atrocities in Myanmar to then be killed in his place of refuge speaks volumes about the risks that Rohingya activists face every day,” said Meenakshi Ganguly, South Asia director at Human Rights Watch. “Bangladesh authorities should take urgent measures, with international assistance, to protect Rohingya activists who are defending the rights of refugees.”

UN High Commissioner for Human Rights Michelle Bachelet said in a statement that Mohib Ullah’s death “is a clear example of the insecurity in the camp, and the apparent attempts to silence moderate civil society voices.”

Since Ullah’s death at least a dozen of activists have urged UNHCR and Bangladeshi authorities amid renewed threats against them from armed groups. They have raised concerns that the camps are increasingly dangerous for Rohingya refuges and activists. An activist shared with HRW, “I was always being threatened by ARSA members since I started working as an activist, and I finally went into hiding. A few months later, two police officers lured me to come back to the camp and then handed me over to ARSA. I had to go through inhuman torture, until I paid ARSA a heavy ransom.” ARSA group has not spared anyone in the camps, torturing Muslim Rohingya as well as Christians and Hindus.

Ganguly reiterates, “The Bangladesh government needs to address safety in the Rohingya camps both by developing better security and taking necessary action against groups engaged in illegal activity.” These refugees fled horrific abuses and are entitled to support from Bangladesh and other governments to live in the camps without fearing for their lives.