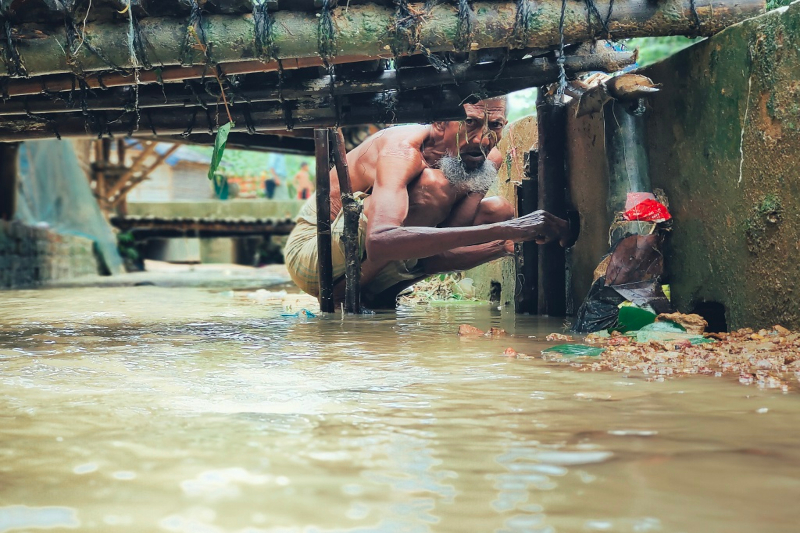 Three days of strong winds and heavy monsoon rain in the refugee sites of Bangladesh has taken away the lives of Rohingya refugees and wreaked havoc and destruction. Approximately, 2,500 shelters were damaged which affected more than 12,000 refugees. In the last four years, since August 2017, nearly 700,000 minority Muslim Rohingyas have fled violence in Myanma, crossing the border into Bangladesh’s Cox’s Bazar, joining hundreds of thousands of others already settled in overcrowded camps there.

Now with the monsoon season stretching over the next three months, UNHCR warned that more heavy downpours are expected, threatening further casualties. One of the refugees from the camp mentioned that they hoped that the authorities would allow them to build a little stronger shelters so that they do not have to face the same tragedy every year. Their tarpaulin roofing was leaking even before the monsoon started. Others described a shortage of drinking water because of inundated wells, lack of food, and clogged sewage facilities. Some refugees said they were moving in with relatives, risking the spread of Covid-19.

All the workers from the camp fear the spread of water-borne diseases; there are already hundreds of Acute Watery Diarrhea cases reported in the camps. Aid groups are experiencing a funding crisis since they only received only 30 per cent of the US$943 million required for the 2021 joint response plan. Bangladeshi host communities are also affected. At least 17 people including six Rohingya refugees have died in the landslides and floods.

With the pressure from UNHRC, several officials and social workers are raising their concerns that Bangladesh authorities should act now to save lives, including by permitting permanent shelters and removing fencing that reduces mobility. Also, the International donors should immediately assist Bangladesh to support both its nationals and the Rohingya who were forced to flee from the region.

Should Rohingya Refugees Be Forced To Move On Bangladesh Island?
Read Previous