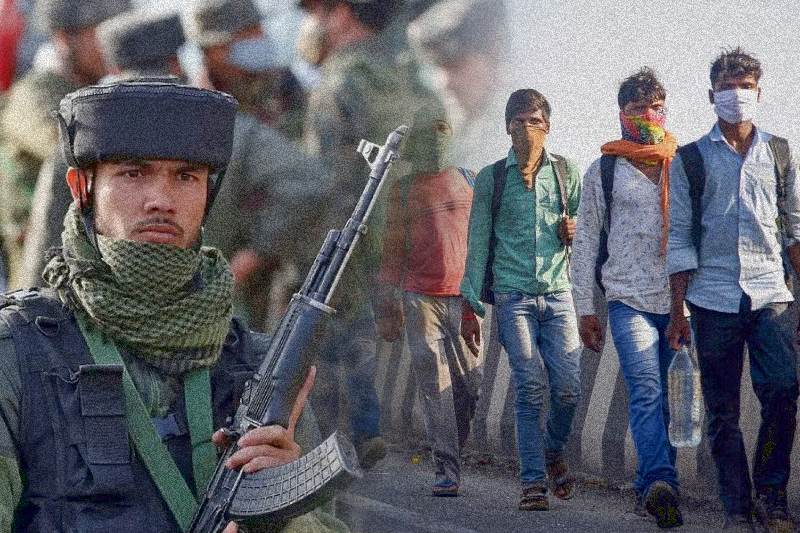 After several migrants were killed in Kashmir, authorities have decided that migrants should be moved to army and police camps for safety purposes. The announcement came on Sunday when the police chief talked about the changes.

Vijay Kumar, the police head said that he instructed all his officers to move workers after three labourers from the eastern state of Bihar were shot point blank in their rented accommodations yesterday. “I have directed officers to shift the vulnerable urgently,” he asserted.

Following the migrant related violence, it is not certain as to how many of the thousands of migrants were affected by the recent incidents. Their fate is hanging in the middle and if this continues, they would further be confirmed to the camps, of which even the duration is unclear.

There are investigations being carried out and the intelligence is looking into the latest series of attacks but no one has claimed responsibility for the Sunday’s killings. The Kashmir territory is claimed by both India and Pakistan and in recent years, it was India’s side that saw armed violences.

Even migrant workers are also one of the sections that are greatly affected. After the killings, New Delhi took no time to accuse Islamabad for supporting the militants. The opposite side however denies the claims saying that it only provides diplomatic and moral support to the Kashmiri people. “All non-local labourers in your respective jurisdiction should be brought to the nearest police or central paramilitary force or army establishment just now,” further added the police chief.