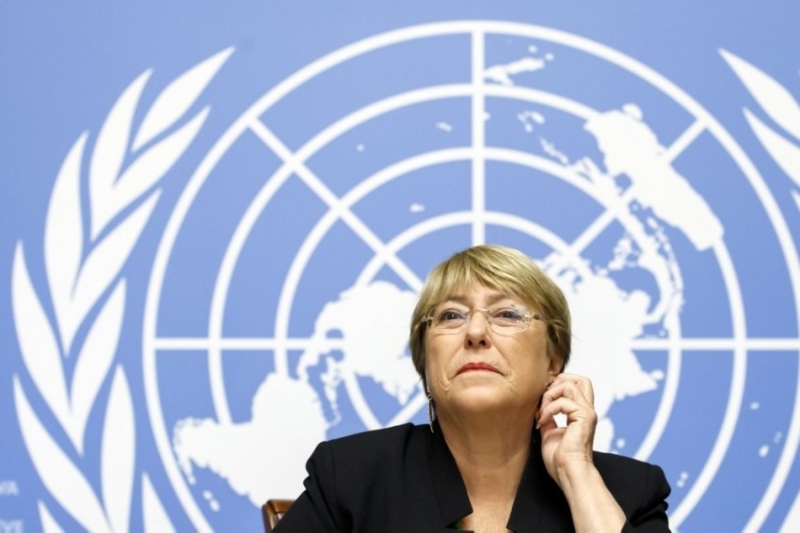 Indian criticized by UNHRC for use of UAPA in J&K

Michelle Bachelet, who is the United Nations high commissioner for human rights criticized India for pressure on journalists as they use the Unlawful Activities (Prevention) Act (UAPA) for reporting temporary communication blackouts in Jammu and Kashmir.

She referred to this activity in India as worrying and said hundreds of people remain in detention in India for exercising their right to the freedom of expression.

During the 48th session of the UNHRC in Geneva, Bachelet acknowledged the Indian government’s efforts to counter terrorism and promote development in Jammu and Kashmir, but said such restrictive measures can result in human rights violations and foster further tensions and discontent.

Shaming Indian authorities’ restrictions she further added that such limitations on public assembly and frequent temporary communication blackouts continue in Jammu and Kashmir, while hundreds of people remain in detention for exercising their right to the freedom of expression, and journalists face ever-growing pressure.

Talking about the case of China, Bachelet explained that she was unable to report progress in her efforts to seek meaningful access to the Xinjiang Uyghur Autonomous Region. Although, her office is working tirelessly to assess the situation in Xinjiang from the currently available information. Those allegations of serious human rights violations in that region are found to be extremely heinous and disturbing.

To prevent a similar condition in India, she looks forward to exploring it for possible areas of engagement and cooperation. Also, it will be appreciated if the authorities’ commit wholeheartedly to prioritize the amendment of the transitional justice, law and see this opportunity as a new approach to revitalize the process. The due diligence and consultation with victims will be arranged in line with international standards.