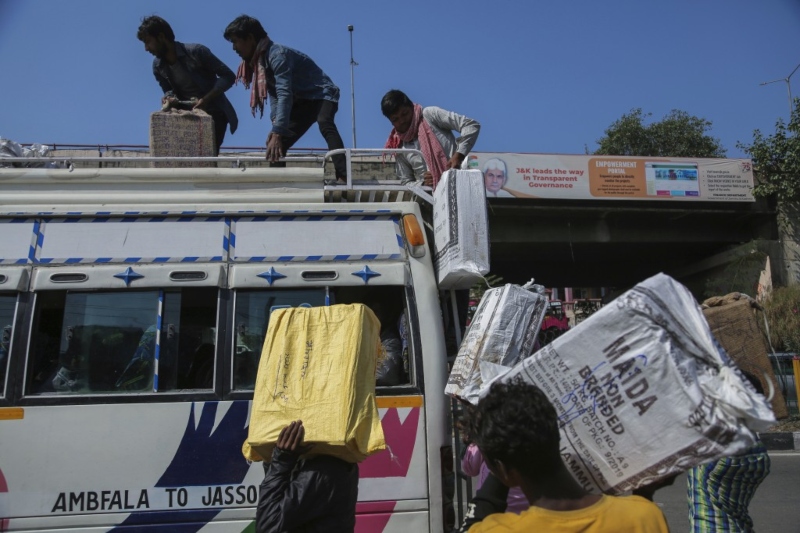 Jammu and Kashmir – Amid the target killings of civilians outside the region, thousands of migrant workers leave the Valley of Jammu and Kashmir. They were found rushing towards the ticket counters in bus terminus and train stations.

The five migrant labourers who got killed by terrorists in Kashmir this month were poor roadside vendors; they were barely able to make money and were hundreds of kilometers away from their hometowns.

Migrant workers exodus from the J&K Valley could badly impact the harvest season in the region. The workers from the states like West Bengal, Bihar, Rajasthan, and UP form more than 80% of the area’s labour force. Official information recommends that a more significant part of the migrant workers work in the agribusiness sector.

According to the 2011 statistics, the area draws in 29% of the migrant labour force, while 12% of them work in household businesses. The construction business in the Valley connects with 2.025 per cent of the total employees.

As the harvest season approaches, which starts in September and endures till the end of November, is at its pinnacle, the mass departure of the migrant workers from the Valley could fundamentally hit the farming-related exercises. However, due to the mass number of migrants reaching the Valley’s railways stations and bus stops, many social organizations have pitched in to begin helping people get back home. The traders federation of Nehru Market in Jammu have begun a community kitchen service at the railroad station and bus terminuses.

Apple plantations utilize an enormous number of migrant workers as the apple are harvested in this season. However, sadly the recent target killings have frightened the migrant workers, and therefore, it is compelling them to leave the Valley.