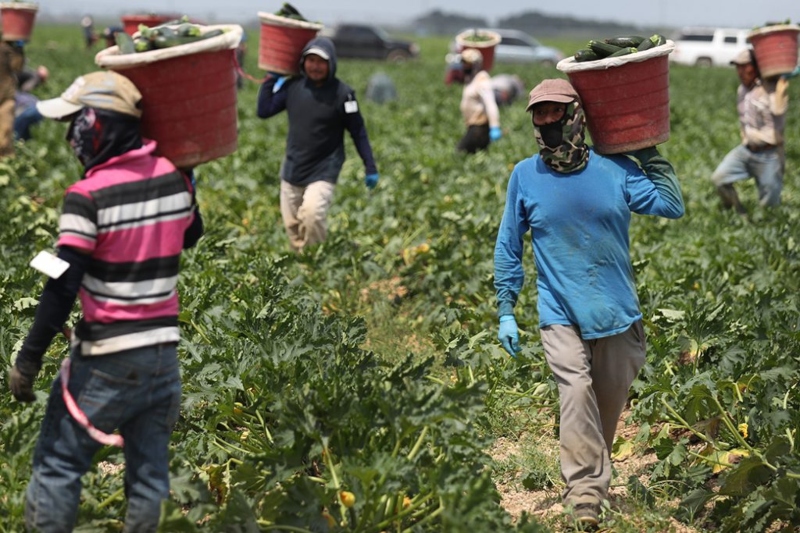 United States – When it comes to ensuring human rights for all, there is no way one can wait for the correct timing. Be it the pandemic or any other economic crisis, each one should be treated in the fairest possible manner but this statement is not true for the Farmworkers who are even now fighting for the same rights as others.

The Covid-19 pandemic was a huge blow to several workers, making them lead a life of crisis but it also proved to be an opportunity for people to acknowledge what all they do for us and incentivize them according to it.

Farmworkers are also among those who have lost a lot of work during the pandemic and those who have been blessed enough to continue working are not being incentivized properly. This is creating a rift in the ideologies with which human rights organizations have been functioning throughout the pandemic.

As per a report by the America press, for years farmworkers in New York have been denied basic rights that are important as per the labor rights norms. They are denied things such as unemployment, insurance or safety, right to form a union and overtime pay, which is one of the most crucial for them.

The underlying of this issue is that most of these farmworkers are people of color. Not only is it an issue for labor rights organizations but this also deals with racism. The difference in treatment highlights how a task is different for people of color to that of the majority of the population.

In 2019, there was a historic step taken by the lawmakers when they started eradicating this racial and economic injustice. They did this by bringing the Farm Laborers Fair Labor Practices Act that essentially looks after the rights and requirements of farmworkers in various stations.

However, the bill is not all shiny for the workers as a very crucial aspect draws a big loophole in the matter. There is a standard overtime pay for workers working more than 40 hours but as per this bill, the overtime cliff is at 60 hours for every week. There are demands to lower the duration as it would be unjust to the farmworkers who are equally hardworking as other communities but the matter is pending.

In 2020, the wage board was contacted about the same and they continued with six hearings but despite the cruciality of the matter, the members recommended a pause due the pandemic. The Labor Commissioner stressed that due to the pandemic, it is very difficult to tell what impact lowering the threshold would have on the farm workers. Hence, it was decided that the 60 hours cap will continue to be placed on their overtime. This meant that another year went by and the farmworkers continued to break their back over such low paying jobs where even their safety was not granted.

Thai highlights the treatments farm workers are subjected to. The more pressing issue is that it is not like the US administration is unfaced by the issue or is not ready to comply with the order, the problem remains their ignorance. They have started talking about it but as per their decisions, they have trivialized the matter to such an extent that it no more seems like an issue.