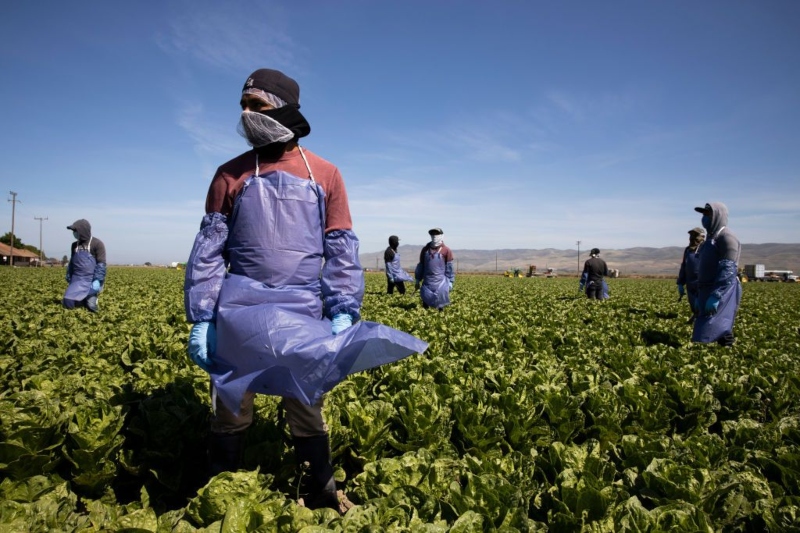 United Kingdom – Farmers in the UK are facing troubled times due to a shortage of migrant workers amid harvest season. However, farmers are now forced to slash production from 2022 as a massive shortage of workers is causing a large amount of rotting of the crop in the fields.

Cultivators say they have been compelled to discard millions of pounds of fruits, including raspberries, blueberries, apples, tomatoes, salad leaves, and flowers.

In light of farmers call for help, the government expanded the number of visas accessible under the Seasonal Worker Pilot (SWP) to 30,000 in 2021. The NFU hopes that the scheme will extend further to help farmers in the coming future.

Besides farmers, the food processing companies have been hit harder by the sudden staff shortage since post-Brexit migration laws indicate they cannot hire labour on seasonal workers visa to supplant those who have gone from the UK.

The food supply crunch happened when the farmers’ produce imports from the EU were under expanded pressure because of the introduction of strict border checks after Brexit. The acute labour shortage adds to a developing list of issues for farmers in the UK who are dealing with increased costs for energy, compost, and shipping, whereas supermarkets fight to hold costs down.

Customers are requested to prepare for more empty racks and severe food prices swelling as UK production declines and increase in imports expanding the country’s carbon use.

Government action is needed now, say the National Farmers’ Union (NFU), urging Administrators to permit at least 50,000 foreign workers to help pick crops in the harvest season and thousands more to process them and deliver them to restaurants, retailers, and citizens at home.

The NFU report stated that farmers of vegetables and fruits face a 34 per cent shortage of workers compared to what they needed at the peak of the harvest season in July and August.

In a stressful early sign of what is to come in 2022, one of the UK’s biggest providers of daffodils has as of now decided to toss 300 tons of bulbs into landfills—fearing that they won’t have enough flower pickers in the spring season.

An apple fruit grower and head of the NFU’s board, Ali Capper, said that buying robots to do the chore is more costly than people, even with huge investments. It is probably going to take seven years until they are a feasible choice. Meanwhile, we fear that enormous quantities of agri-businesses will no longer exist, Capper added.