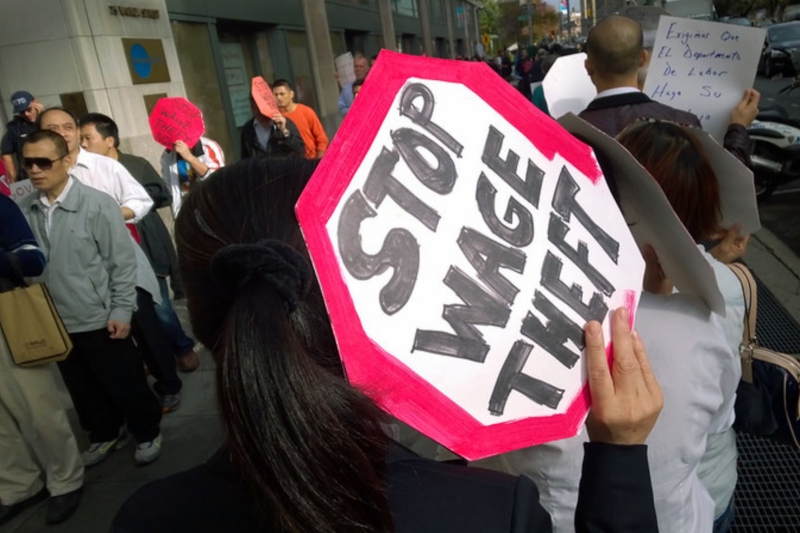 United States – Wage theft is becoming a common practice in restaurant business, according to a non-profit advocacy group called One Fair Wage has said. Speaking to the media, the group’s President Saru Jayaraman commented that, “We are seeing a real uptick in violations of workers’ rights in this industry.”

Apparently, Department of Labor isn’t doing as much as it should have been. One can blame it on it being understaffed and overburdened with a surge of data about colored, immigrant and low temp workers. In 70 years, the body has not received any more help to up its work quality.

The report notes that in 2015, even though the workforce had undergone massive growth, the number of investigators in the DOL’s Wage and Hour Division has remained nearly the same as it was 70 years ago.

Many waiters for example working in restaurants would make up for their minimum state wages in tips. This means, employers could reduce their wages in order the loss in met in tips. This is applicable by law in 43 American states. Employers have gone down to hourly minimum wage, of $2.13 an hour in many cases. But investigations have shown that while tips have not been that forthcoming, the difference in wages has also not been buttressed by employers.

They have continued to pay low wages, bleeding the daily wages out. Situation has been worst in Covid-19 times forcing many to look for alternate work as well.

Last month, California Governor Gavin Newsom signed a bill that could hit employers with felony charges for intentionally committing wage theft. There has been similar action taken in other states as well. But theft has gone unbated. District and state attorneys general in California, New York, and elsewhere had created teams to address wage theft and other employer-committed crimes against workers.

In February 2021, San Diego DA Summer Stephan announced the Workplace Justice Unit that will have a prosecutor, investigator and paralegal who will respond to tips on their hotline and inspect workplaces for wage and hour violations.