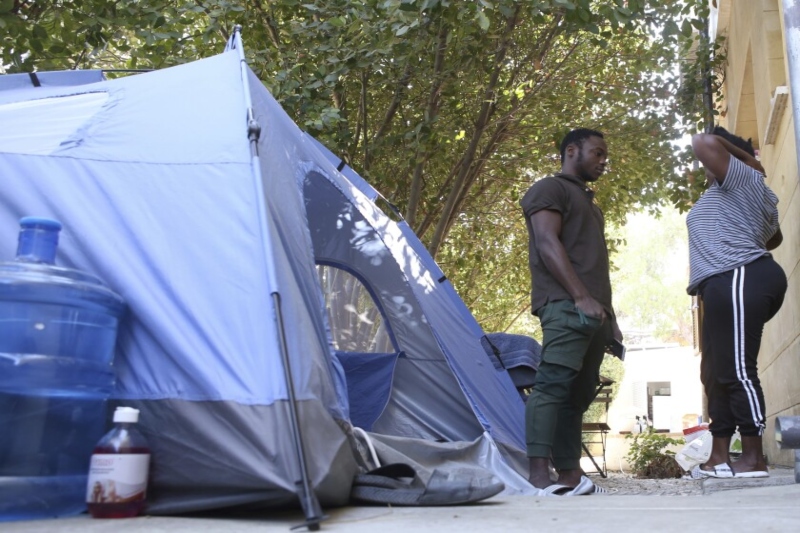 Libya – Human Rights Watch, the global watchdog of human rights, said on Wednesday that it is critical time to rush medical aid, food and shelter to over 2000 African refugees and asylum seekers who have been camping in difficult conditions outside a United Nations facility since early October 2021. The organization stressed that Libyan authorities need to address this humanitarian crisis along with European nations that provide support to Libyan coastguard to prevent migrants from reaching the European coast. This is also escalating humanitarian evacuations from the waters near Libya.

Refugees, migrants and asylum seekers sheltered in Libya are constantly weathered down with abuse and violence at hand of authorities. Scores of migrants gathered around the Community Day Centre (CDC) protesting against raids and demolitions of makeshift shelters in Tripoli’s municipality of Hai al-Andalous by armed groups who are linked to the Interior Ministry. The groups cite reason as targeting the criminal networks midst the refugees and asylum seekers, but the fact that thousands were left homeless cannot be justified.

“By demolishing migrants’ and asylum seekers’ makeshift shelters, Libyan authorities manufactured a humanitarian crisis, leaving thousands of people fending for themselves in the streets,” said Hanan Salah, Libya director at Human Rights Watch. “Libya and European states should urgently respond to this rapidly deteriorating situation as people are being exposed to violence and lack basic any help for basic needs.”

Tripoli neighborhoods around the Gergaresh area were raided by police units and armed groups that have links with Interior Ministry of Government of National Unity (GNU). These areas are home to many African migrants and asylum seekers. These raids were carried out on October 1 and days following with intentions of disrupts illicit drug networks. At least 5000 people were arrested, including children and women. These also included asylum seekers who were registered with UNHRC (United Nations Human Rights Council). The detained people were then sent to migrant detention centres. These centres are revealed by human rights activists as overcrowded facilities where the people are subjected to lack of food, clean drinking water and medical facilities, while being subjected to ill treatment.

A Sudanese asylum seeker shares what happened on October 1. Early morning raids on the day with shootings that lasted from 1 am to 8 am. “I could hear many women and children crying. I saw horrific destruction. I managed to sneak out with others and spent the whole day and night in perpetual fear, while starving and thirsty. We were too afraid to ask anybody for help, so some even drank from the sea.”

“The international community including UNHCR needs to step up aid efforts to help those in dire need, and Libyan authorities need to end the deadlock and urgently ensure restart of humanitarian evacuations,” Salah said. “Refugees, asylum seekers, and migrants lacking shelter should be offered temporary safe solutions and viable alternatives to detention.”