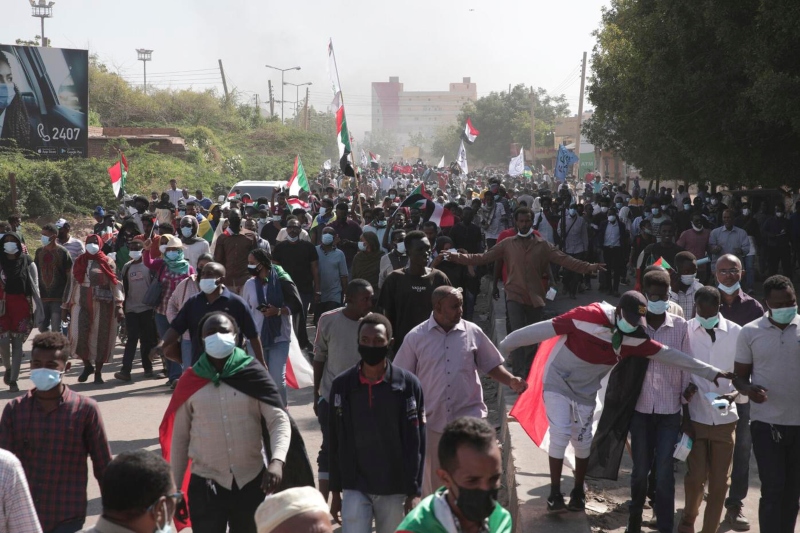 Sudan – The United Nations is condemning serious acts of sexual violence and use of live ammunition in Sudan. These include demonstrations by civilians against the military coup that happened in October this year and then on another occasion when demonstrations surfaced in Khartoum where tens of thousands of civilians gathered to mark the third anniversary of protests that led to the overthrow of the long-time dictatorial President Omar-al-Bashir.

According to UN rights office spokesperson Liz Throssell, there have been serious sexual crimes against young girls and women too. Atleast 13 such instances have come to light, for which the UN is now seeking immediate investigations. At the time of the demonstration, Throssell said that there was alleged deaths and injury of protesters because of the disproportionate use of force and live ammunitions. This also needs investigation.

At a scheduled briefing in Geneva, she also mentioned that, “With further protests planned for this weekend and the weeks ahead, it is crucial that security forces guarantee and protect the right to peaceful assembly and act with full respect for international laws and standards regulating the use of force.”

Two protesters also died after being shot and 300 others were injured, she said. Some were hit by live ammunition or tear gas canisters or beaten by security forces, while others suffered breathing difficulties after inhaling tear gas.

Sexual violence has been a way to control and deaden the voices of women supporting the cause of freedom and democracy. Those accused are primarily security forces and therefore the Sudanese government is held responsible for these heinous crimes against humanity. Sudanese forces have been known to use physical force to shut down civilian protests in the past. Also, militia of different origins have been using women and children as bait on many occasions to extort money or put pressure on the government to get their way through.