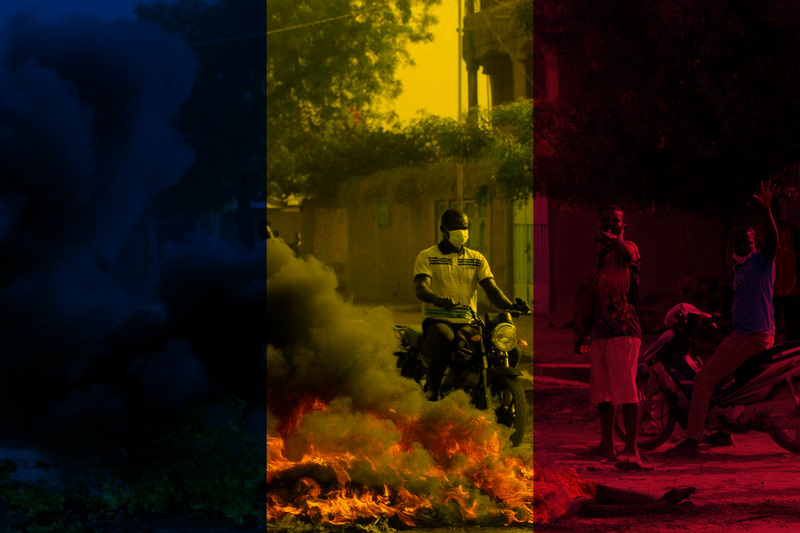 Africa – On October 2, Chad’s security forces carried out abusive and violent crackdown against peaceful protesters in the capital city of N’Djamena. But the government has failed to take any responsibility of the violations carried out by its forces against civilians, Human Rights Watch has noted. The violation of human right to protest peacefully came under attack soon after take over in April by Chad’s Transitional Military Council (Conseil militaire de transition or CMT). Under the council’s directives, a ban on demonstrations was imposed.

On April 20, CMT leader and son of then president Idriss Déby Itno, Gen. Mahamat Idriss Déby Itno took control of Chad after former died in clashes between federal forces and rebels. Council announced to rule Chad for 18 months after which a government would be elected through elections. During this period nationwide dialogue would be carried out, that is expected to start in November or December leading to presidential elections by September 2022.

CMT has been carrying out strong use of forces against opposition voices and peaceful protesters. In April and May hundreds of Chadians in support of opposition parties and civil society organizations came under umbrella of Wakit Tamma coalition. The coalition protested against the ban and demanded a transition to civilian rule. Security forces used excessive force to disperse the protesters. Live ammunition was used that killed at least seven people. Over 700 people were arrested who are reported to be tortured and ill treated by the forces in detention. 11 people who were injured in clashes with forces during October 2 demonstrations have been interviewed by Human Rights Watch. Two opposition party members, a staff member from a civil society organization, a lawyer, a journalist, an activist, and a physician were also interviewed between October 3 and 25 by the global watchdog. HRW

reports that though the demonstrations were authorized, “anti-riot police – and in one case, gendarmes – fired teargas canisters, rubber bullets, and potentially live ammunition at the protesters, injuring about 40 to 45 people and damaging private property.” A 34-year-old opposition party supporter who was hit by a live bullet said, “I heard many gunshots and before I realized it, I fell on my knees, my trousers were torn, and I was bleeding from my right thigh.”

A 42-year-old civil society activist described being teargassed and shot in N’Djamena’s Chagoua neighborhood on October 2. “Our demonstration had been authorized by the authorities, but to our big surprise, the anti-riot police and gendarmes came to disperse us with violence. They came and fired teargas, a lot of teargas. People were choking, they couldn’t breathe. I struggled to breathe. I ran to the other side of the road and took shelter in a shop where a shop owner was giving water to the demonstrators. I wet my mask and washed my face. The police and gendarmes were pursuing us. A vehicle of the gendarmes came. A gendarme fired at me. He was about 20 meters from me. I initially thought he wanted to fire in the air, but he fired directly at me. A rubber bullet hit me in the chest and another one hit me in the head. I fell to my knees.”

A 29-year-old woman said, “They [policemen] caught us, me and two other women, in front of the headquarters of Les Transformateurs. They insulted us and took off the Chadian flag we had wrapped around our heads. They said: “This flag doesn’t belong to you.” I replied the Chadian flag belongs to all Chadians. “Then, they beat us with a club and pushed us in their vehicle where they continued to beat us, as well as another young man who had also been caught with us. They beat us with wooden sticks and with the butt of their guns and eventually they let us go, they abandoned us in the streets. I had pain all over my body for several days.”

Global human rights organizations as well as regional and international partners of Chad have condemned the human rights violations and suppression of free voice by the security forces in country. They have called for justice for violations and hold those accountable.