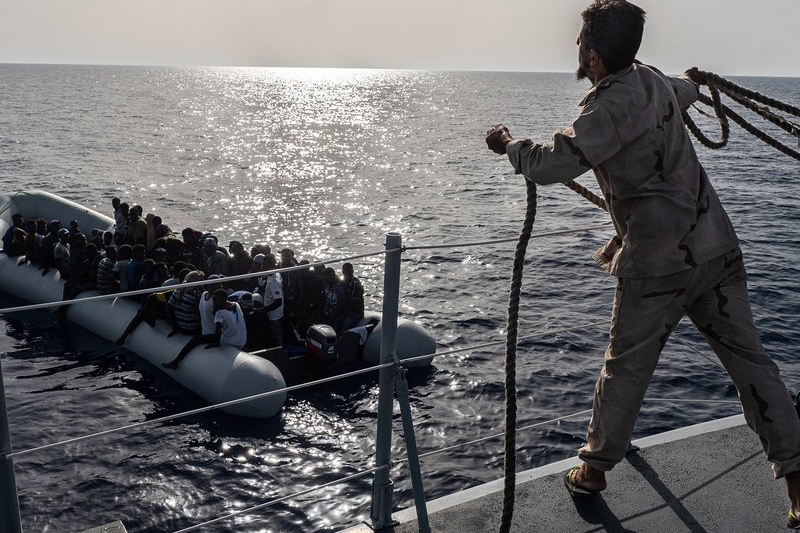 case of human trafficking of migrants in libya

Libya – conflicted economy is being fueled by cash that is coming from torture, enslavement and extortion. This has led to a group of human rights activists to present a file of evidence to the International Criminal Court (ICC) demanding a probe.

Cases of abuses against immigrants who attempted to cross the Mediterranean Sea to Europe from Libya have increased exorbitantly. Most of these crimes amount to crimes against humanity. This is a huge private submission after news reports have confirmed huge number of such cases over the last few months.

The private submission of the file is the recent effort to have ICC investigators look into the mistreatment of migrants who cross the Mediterranean Sea in small smugglers’ vessels to reach Europe. According to The Hill, the European Center for Constitutional and Human Rights, the International Federation for Human Rights, and Lawyers for Justice in Libya have unitedly filed the claim.

Those to be investigated should include armed organizations, militias, gangs and Libyan state actors for offenses like arbitrary arrest, abuse, murders, persecution, sexual abuse, as well as enslavement. This has been demanded by the human rights group. Additionally, the report has identified 19 persons, including militia commanders, as possible suspects for migrant abuses.

Desperate migrants who have been trying to flee war like conditions, with no hope of employment or survival have been paying mafias and human traffickers to move out of war zones across borders and seas. This is all been done illegally. According to the International Federation for Human Rights’ Dorine Llanta, “The extreme scale, systemic nature, and seriousness of the abuses suffered by migrants and refugees in Libya trigger ICC jurisdiction. Our analysis of reliable open-source information and survivor testimonies clearly shows that many of these abuses may amount to crimes against humanity.”