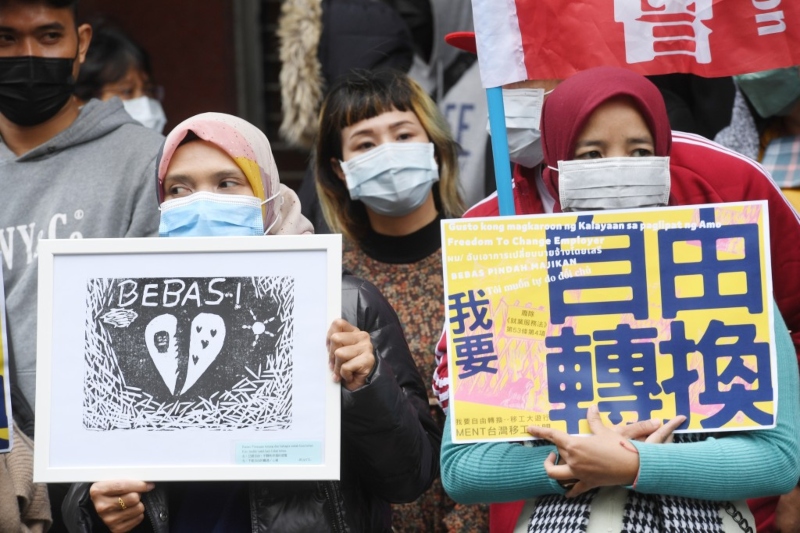 uproar in the nation as migrant workers demand job changes

Taiwan – There was a huge march in Taiwan where migrant workers were seen demanding for freedom to change their employers whenever needed and not the bondations of stocking one employer their whole life.

The march was participated by 400 migrant workers of various nationalities who have been working in Taiwan for years. These migrants were set out from Taipei Main Station and walked past Democratic Progressive Party headquarters. They had to reach the Ministry of Labor to oversee the protest.

As per a local report, the protest saw workers holding banners and hoardings in different languages. One of the more popular banners held by them in all these languages was, “I want the freedom to transfer to new employers.”

The protest was called by the Migrants Empowerment Network in Taiwan (MENT) so that they can demand abolition of Article 53, Paragraph 4 of the Employment Service Act. They have long been opposing the act as it prohibits migrant workers from changing employers except under certain circumstances.

These specific situations include– death of their employer, the closing of the factory where they work, their boat sinking, and other situations not caused by workers’ actions. This essentially means that if the workers are mistreated or the employer threatens them in any sort of way, they will not be allowed to leave their jobs.

One of the employers was seen shouting, “I want the freedom to transfer!” in Mandarin. The enthusiasm grew when they reached in front of the labor ministry and they were seen loudly expressing their discomfort regarding the law. Talking about the protest, the Workforce Development Agency, said that they cannot completely agree to these demands as if migrant workers start independently changing their employers, it will lead to unstable workers supply in the country.