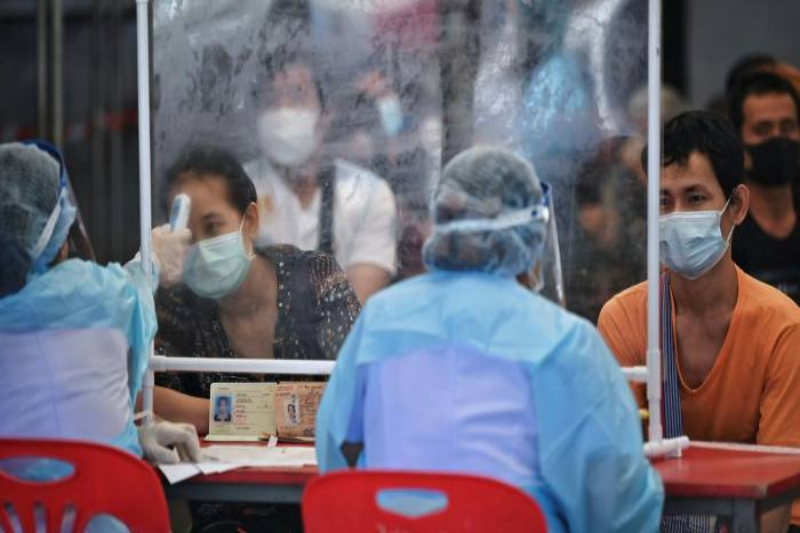 Thailand ordered the suspension of Covid-19 tests on immigrant workers, who have been confined since June. Recently people from the Migrant Working Group association, which represents 30 local NGOs in favor of immigrant rights, accused the Labor Ministry of halting tests. They say that their tests are not conducted due to lack of resources and medical personnel.

Amidst other countries of the world, Thailand is one of the country which faces worst wave of infections and deaths since the pandemic began and has implemented a series of restrictions and partial confinements to stop the advance of the outbreak, linked in part to the delta variant. It is shocking to know that only 5 percent of 67 million Thai native people have received the full dosage of the vaccine. Although, health authorities reported 9,317 new infections and 87 deaths, having registered 363,029 cases and 2,934 deaths since the pandemic began. Prime Minister of Thailand Gen. Prayut Chan-ocha, also faces growing discontent over his handling of the pandemic in the wake of the current outbreak and the confused vaccination campaign, which is progressing slow than official forecasts.

Authorities have ordered to confine all the camps where companies house them temporarily amid poor hygiene measures. And as a detection of dozens of infections among construction workers, authorities are conducting the tests. Even these workers, with children, come from less developed neighboring countries such as Myanmar, Cambodia or Laos, and are essential for many sectors with hard and low-paying jobs to continue to function.

Migrant Working Group denounces “discrimination against migrant workers” and calls on the government to offer protection to all without distinction. Coming forward an official from ASEAN Parliamentary Association for Human Rights says that excluding migrant workers from health tests and services is a serious violation of human rights. It is totally counterproductive to efforts to combat the spread of Covid-19. It must be lifted immediately and the government must provide urgent access to Covid-19 tests, medical treatment and vaccinations to all people within their borders, whether Thai or not, documented or not.