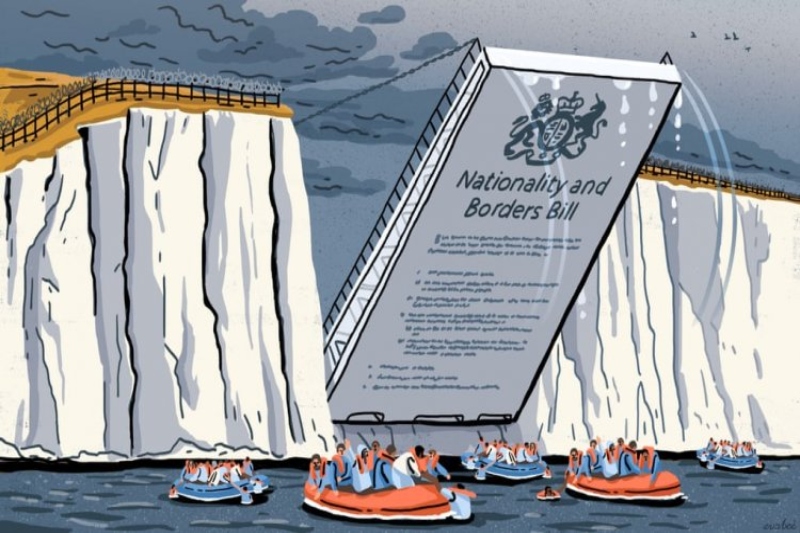 United Kingdom – If United Kingdom goes ahead with adopting Nationality and Borders Bill, it can be detrimental and would “seriously undermine the protection of the human rights of trafficked persons, including children; increase risks of exploitation faced by all migrants and asylum seekers; and lead to serious human rights violations”, said Siobhán Mullally, the UN Special Rapporteur on Trafficking in Persons, in a statement.

This new bill is being considered by the British lawmakers that, according to UN human rights experts, can challenge human rights obligations of the UK to international law.

“The bill fails to acknowledge the Government’s obligation to ensure protection for migrant and asylum-seeking children, and greatly increases risks of Statelessness, in violation of international law”, Mullally added.

Human rights experts at the United Nations say that being able to seek and then enjoy asylum is a fundamental rights of every human being. But the Nationality and Borders Bill violates UK’s obligations to the international human rights and refugee law. Experts underline that the bill on the contrary pushes vulnerable people, like migrants, trafficked people and asylum seekers, further down the cliff of abuse and human rights violations.

If the bill manages to get passed, it will increase probability of refugees and asylum seekers to get penalized. The experts stress that this would be a direct violation of the ‘principle of non-punishment’ in international law. It might also lead to discrimination between different categories of asylum seekers.

The UN human rights experts added that under law women who have been victim of gender – based violence may be singled out and turned away from UK. “The Government’s repeated public statements on combating trafficking and modern slavery, must be matched by concrete action to ensure equal protection of the law for all victims of trafficking and modern slavery, without discrimination,” underlined the human rights experts.

They further expressed concern that the bill could increase risk of “arbitrary deprivation of citizenship”, which has its roots in racial discrimination. “The bill instrumentalizes national security concerns, increasing risks of discrimination and of serious human rights violations, in particular against minorities, migrants and refugees,” they stressed.