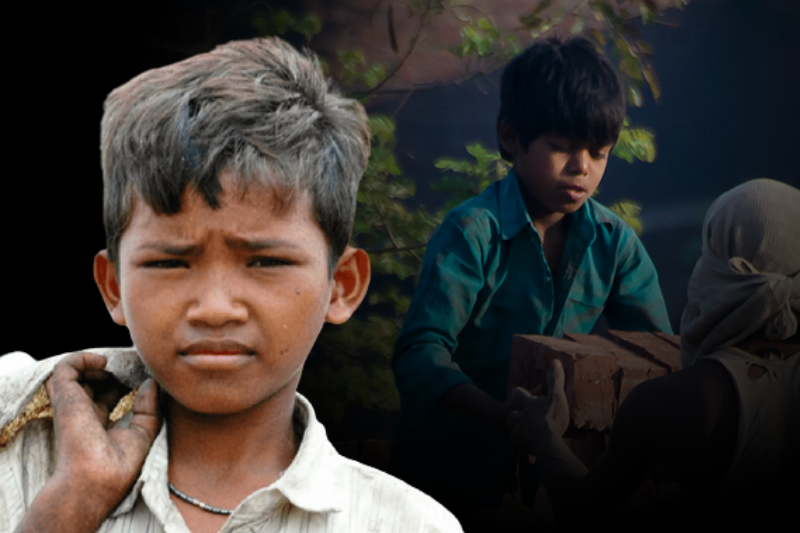 Child labour thrives in the brick kilns of Rajasthan

India – Child labour is still prevalent in many states of India. Deprived of nutrition, education, and a safe environment, the number of child labourers in India is 10.1 million, out of which over 252,000 are in Rajasthan alone.

A large number of child labourers work in the brick kilns under harsh conditions for a meagre wage in Rajasthan. An eight-year-old boy named Chetan mechanically dumped mud from a small cart in brick kilns in freezing weather in Bhilwara, Rajasthan. He wore only a piece of woollen clothing in winter. He was working in cold weather. He was working hard to support his migrant family.

Reportedly, he had never been to a school. He daily worked 10-12 hours at the brick kiln in Dhannaji Ka Khera village in Rajasthan’s Bhilwara district. Reportedly, child labourers in the brick kilns in Rajasthan work for more than 10 hours a day and their contribution to their family’s earnings are almost a quarter.

The covid-19 pandemic has worsened the situation of child labour in India. Children who should be in school are working in Dhannaji Ka Khera village across Rajasthan. They are trying to support families that have either lost work during the Covid-19 pandemic or seen deaths in the family.

The report by Status of Child Labour and Legal Entitlements of Workers in Major Sectors in Rajasthan informed that an average household involved in the daily wage labour at the brick kilns earned Rs 11,628 in a month, out of which Rs 2,707 was earned by child labourers like Chetan.

There are five brick kilns in this village. Reportedly, thirty five families employed here are migrants from Bihar. Laws against child labour need to be strengthened and strictly enforced. It is essential to first combat poverty as this is the root cause of child labour.