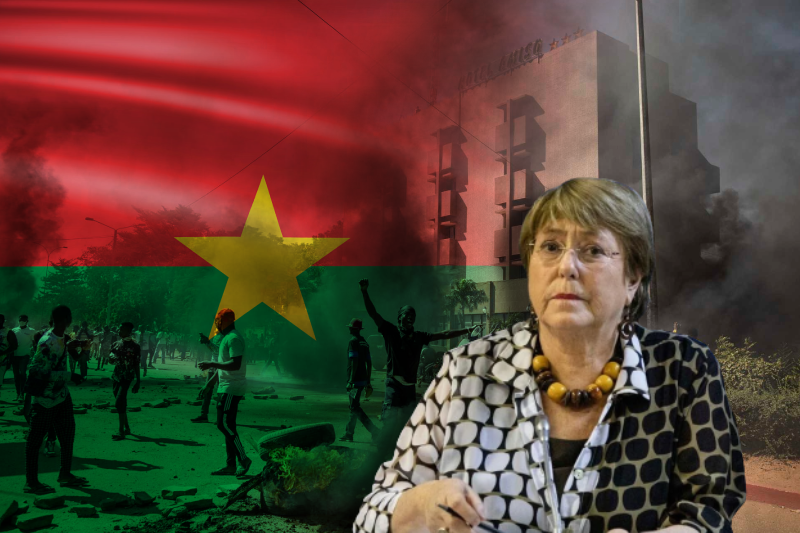 Reportedly, the West African nation is facing a threat of violent extremism, climate change, and humanitarian crises. Michelle Bachelet also stressed that her fact-finding mission was “a testament” to the State’s openness to the promotion and protection of human rights, in collaboration with the UN. She further added that Burkina Faso is in the grip of not one but several major, intersecting crises.

She appealed to the President of Burkina Faso, Roch Marc Christian Kaboré to bring justice to the nation. As per the report, She said, “It is essential that all perpetrators of such human rights violations and abuses be brought to justice, regardless of their affiliation.”

As per the report by United Nations, Armed Islamist groups have killed hundreds of civilians in West Africa including Mali and Niger. Reportedly the Government security forces and pro-government militias have also killed terrorism suspects and civilians. According to the Government, more than 1.4 million people have been displaced within Burkina Faso.

During her visit to West Africa,  Michelle Bachelet also talked with victims of human rights abuses. Corinne Dufka, human rights investigator and the group’s West Africa director said, “At least 18 women were raped by jihadis in the town of Dablo.” Dablo is a department of Sanmatenga Province in central Burkina Faso. About  Bachelet’s visit to West Africa, Corinne Dufka said that her visit brings the suffering of people into focus and pressures all armed groups to stop waging war on civilians.