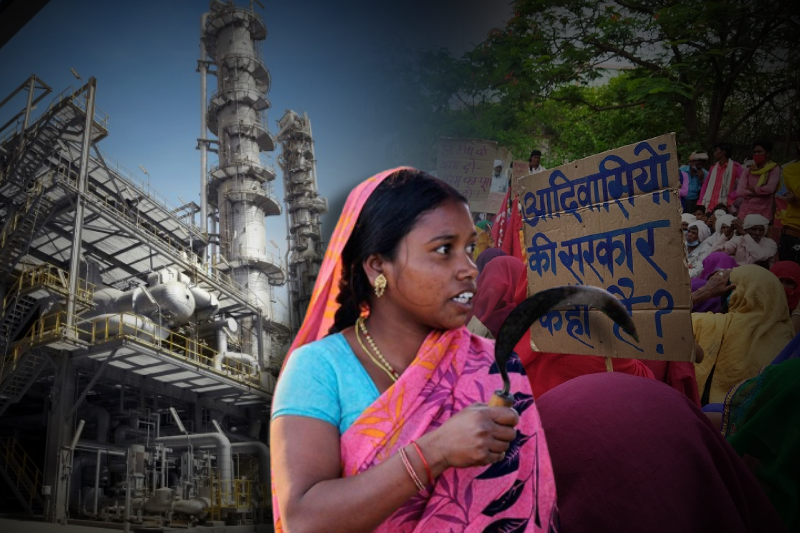 India – A Jagrit Adivasi Dalit Sangathan (JADS)-sponsored Adivasi rally was held at the Block Office in Barwani district in Madhya Pradesh to demand action against illegal contractors and factory owners.

Recently, over 250 Adivasis were forced into bondage by those contractors and owners. JADS rescued them recently from bondage. JADS is a civil rights group from Madhya Pradesh.

During the rally, JADS said that 250 workers from Madhya Pradesh were working in conditions amounting to bonded labour in Maharashtra and Karnataka. JADS further said in a statement that the workers were forced to work 16 hours a day for over three months without pay.

The group rescued them and brought them to their homes in the Barwani district of Madhya Pradesh. Reportedly, the workers filed complaints with the local administration and police demanding action against the guilty contractors and factory owners. The workers also asked for the payment of their due wages. Women Adivasi workers filed separate complaints against the gang rape and sexual violence. Reportedly, they were sexually exploited by the contractors and owners.

During their three-month employment at these sugarcane mills, a 16-year-old minor was allegedly gang-raped by the contractors. Three days after returning to Barwani, she lodged the FIR against the accused.

The labourers including children were forced to work for over 17 hours every day, harvesting and transporting sugarcane. All of them were denied wages despite working for longer hours. JADS said that no action has been taken on these complaints by the Madhya Pradesh government. The group claimed that the administration’s response was evasive.

Adivasi families are forced to migrate to Karnataka and South Maharashtra to work under harsh conditions. The group claimed that illegal and unlicensed contractors come to Adivasi villages and make false promises to workers. Protestors said that Adivasi farmers and labourers do not receive remunerative prices for their work.