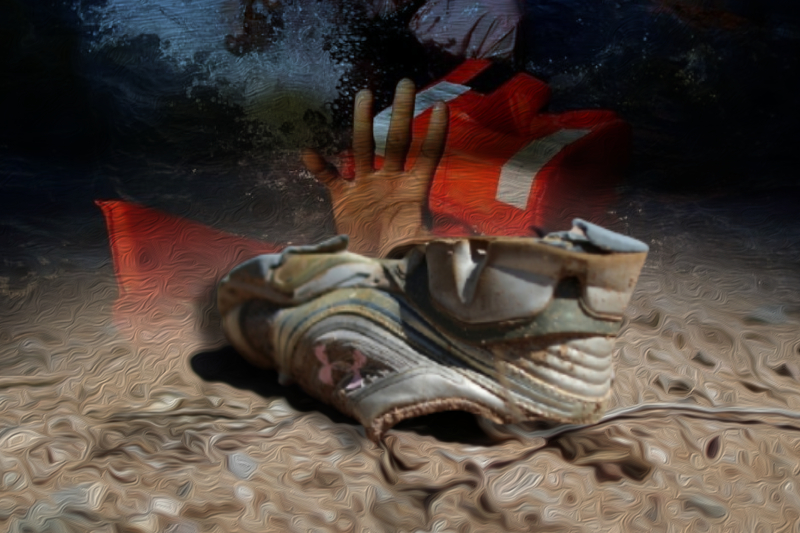 May 28 was a dreaded day as fishermen off the Tobago’s southern coast saw a white boat on the Caribbean waters. The boat, not a local make, gave off a fetid smell as the men drew closer. Suspicion was confirmed when they looked into the boat – vessel was full of bodies, decaying. Coastguard was intimated and the boat was towed to Belle Garden beach. Assistant commissioner with Trinidad and Tobago police, William Nurse arrived an hour later at the scene. What he saw was not like anything witnessed in past 4 decades of his service. “I’d never seen a boat come in with so many bodies. I’d never seen anything like it,” says Nurse. “Most of the bodies were concentrated in the middle of the boat. There were two bodies to the rear of the boat and there were a few towards the bow. I think one of those ones towards the bow was the last to die because there was still hair on the head.” Thirteen bodies were removed, and at the bottom was another body along with skeletal remains.

The boat, registered in Mauritania, showed no traces of food, lifejackets and evidence that insufficient amount of fuel was brought on board. On searching the boat police could retrieve 1000 Swiss francs and many mobile phones who were traced to Mali and Mauritania.

Before and after postmortem it was confirmed that 13 of 15 bodies were of African men, suggesting they were not trying to reach Caribbean but Europe. Nurse said, “We know that people from other African countries stop in Mauritania to get a boat with the hope of getting to Europe.”

Another boat with similar unfolding was reported six weeks later.

These two boats full of dead bodies are an exception of many more trying to reach Canary Islands from Africa. Others are often never found for they are engulfed by the waves – the perilous Atlantic route from Africa to Canary Islands.

So why the dangerous Atlantic route is being used? Climate crisis, Covid-19 pandemic, border closures and regional instability is making the people smugglers and refugees opt for Atlantic route to reach Europe from Africa.

The International Organisation for Migration (IOM) says that so far this year 7,418 migrants have reached Canaries by sea through the Atlantic route, while 250 have died in the attempt. But IOM believes that real number of dead is much higher due to “invisible shipwrecks”.

Hassan Hadda has been in the Canaries since April 2017 and is waiting to be regularized said, “People who’ve never made that journey will never understand it. It took three days and there were 28 people in a 5 metre-long boat that was a metre-and-a-half wide. We were packed liked sardines. I’d always dreamed of getting to Europe since I was a kid. It didn’t matter where it was – France, Spain or anywhere else – I felt I’d never have a future if I stayed where there’s no work and no human rights. That is why I risked my life.”