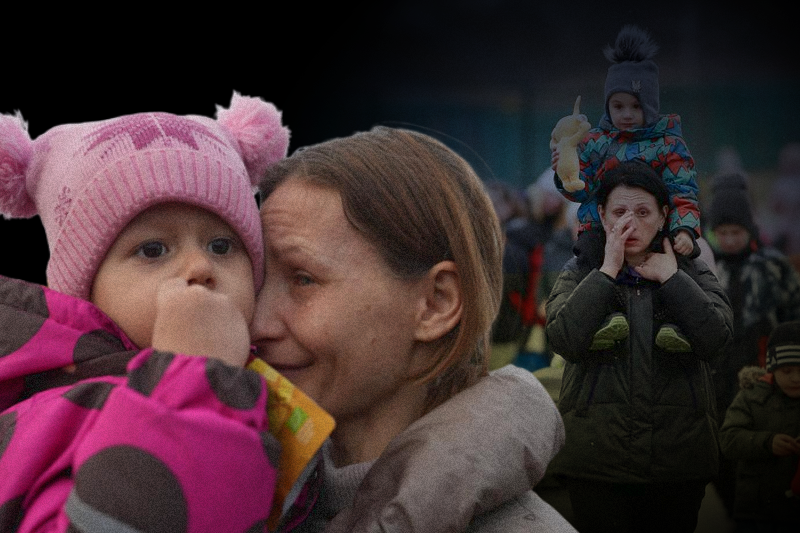 Ukraine – is struggling under a “senseless war” that is just bringing catastrophe and humanitarian crisis all around. On Sunday, the United Nations High Commissioner for Refugees said that the total number of Ukrainians that are fleeing war to reach neighbouring countries has reached 1.5 million in past 10 days. “10 days. 1.5 million people. This is now the fastest growing refugee crisis since World War II. In the coming days millions more lives will be uprooted, unless there is an immediate end to this senseless conflict,” the agency tweeted.

UN High Commissioner for Refugees Filippo Grandi said, “I have worked in refugee emergencies for almost 40 years, and rarely have I seen an exodus as rapid as this one.” He added, “And unless there is an immediate end to the conflict, millions more are likely to be forced to flee Ukraine.”

Majority of the refugees from Ukraine are headed to Poland and other neighbouring countries including Hungary, Maldova, Slovakia and Romania. Commending local communities and regional governments that are taking in refugees from war struck country, Grandi said, “International solidarity has been heartwarming. But nothing – nothing – can replace the need for the guns to be silenced; for dialogue and diplomacy to succeed. Peace is the only way to halt this tragedy.” UNHCR stressed and raised concerns that a majority of those fleeing Ukraine to take refuge are those from other countries, including students and migrant workers. Many reports have come in that people are facing challenges as they try to escape the areas affected by conflict, cross border or even seek assistance. The head of the International Organization for Migration (IOM) was alarmed and had raised concerns over credible reports of third country nationals being targeted with discrimination, violence and xenophobia. “Let me be clear, discrimination on the basis of race, ethnicity, nationality or migration status is unacceptable,” said IOM Director General, António Vitorino.