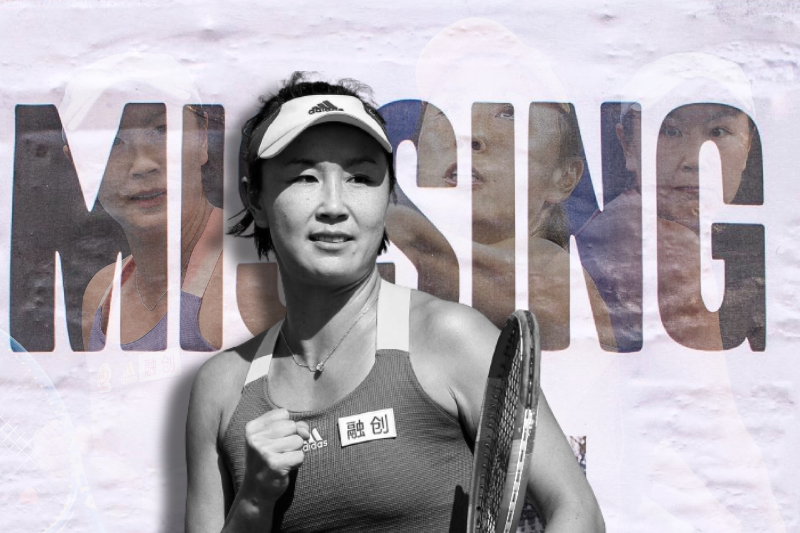 China – Chinese government is known to make individuals forcibly disappear whose voice of dissent it seems as problematic. The latest victim has emerged to be Peng Shuai, the three time Olympian tennis player from China.

On November 2, Peng revealed on social media that she has been a victim of sexual assault and was forced to enter a sexual relationship with 75 year old Zhang Gaoli, vice premier of China from 2013 to 2018. Since then Peng Shuai has been missing and not seen in public. Also her social media posts have been deleted. #WhereIsPengShuai has been the trending hashtag on social media globally. World tennis champions Naomi Osaka, Novak Djokovic and Serena Williams have come out in support of the star and raised fears over missing of the 35 year old Shuai.

Women’s Tennis Association (WTA), on Thursday, received a statement, supposedly by Peng, denying abuse claims made by her. “I have a hard time believing that Peng Shuai actually wrote the email we received or believes what is being attributed to her,” said WTA chair Steve Simon. Furthermore, WTA has called for an investigation into the matter, further warning China of withdrawing all tournaments from the country if appropriate action is not taken by Beijing.

Surprisingly, the IOC (International Olympic Committee) has not responded to Peng’s complaint and chosen to stay silent on her evident disappearance. But then it is not so surprising, given that Chinese government is IOC’s Winter Olympics partner. Syncing to the Chinese government’s tune, IOC finally released statement, “We have seen the latest reports and are encouraged by assurances that she is safe.”

Chinese authorities have been synonymous with human rights violations and abuses. Forced disappearances, extralegal detention, forced confessions have been their modus operandi. The government of China is also under global criticism for crimes against humanity targeting Uyghur minority in Xinjiang province of China, oppression of millions in Hong Kong and Tibet, and widespread crackdown on journalism domestically as well as internationally. As Beijing is set to host Winter Olympics and Paralympics in February 2022, activists have called for the Olympic authorities to speak up on Peng Shuai’s disappearance and use their position as leverage to address extreme human rights abuses by China