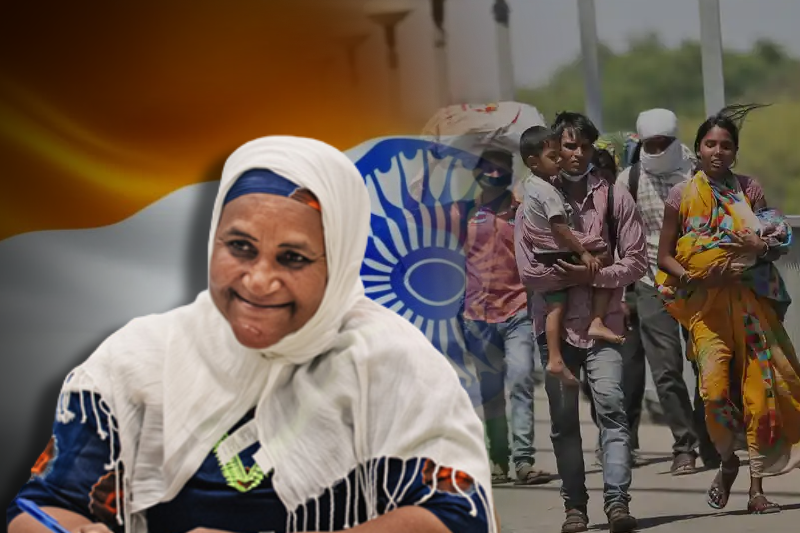 India – The Delhi government will set up ‘migrant worker support centres’ to help labourers arriving in Delhi with credible information.

The Labour Department has planned three such centres in East, West and South Delhi. The officials said that it will help to prevent a repeat of the crisis witnessed during the previous lockdowns. The migrant workers faced a lack of credible information about food, ration cards, and welfare schemes at the time of lockdown.

The centres will help migrant workers by providing them information about their important personal documents like Aadhaar, ration, and voter identity cards under one roof.

The first centre will be opened at the office of the Labour Commissioner of the Delhi government in Jhilmil Colony in Vishwakarma Nagar. It will be completed in nine months. The Public Works Department (PWD) has floated a tender for the construction of the centre at the cost of Rs 1.86 crore.

Two more centres will be opened at Kalkaji and Karmpura. An officer said that these centres will provide single-window assistance to the migrant workers in all related work.

During the first lockdown in Delhi, a large number of migrant workers left the city in March 2020. They were not aware of how they can get ration. They had to borrow it from their friends. The authorities had a tough time dealing with the situation because many of them were not aware of the free distribution of ration.

Reportedly, Delhi has one of the largest populations of migrant workers throughout the country. Workers from different parts of the country come to Delhi for work. The migrant workers are often unaware of the welfare schemes and are thus deprived of the benefits.

Thaneshwar Adigaur, secretary of the Delhi Asangathit Nirman Mazdoor Union, said that these centres will help the workers make their life a little easy.