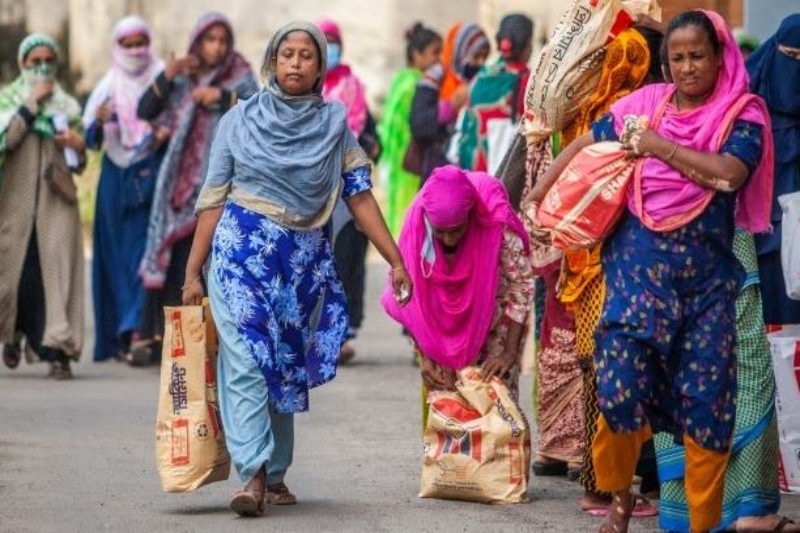 Saudi Arabia – Bangladeshi women who have travelled to Middle Eastern countries as migrant workers recall horror stories of violation of human rights. Most have come back with scars of physical abuse and resulting mental trauma.

Many have been sent to Saudi Arabia as domestic helps through middlemen. They are mostly illiterate and without proper documentation. Most of them have sent millions in form of remittance. They come back unhappy and broken in most cases and cannot receive rehabilitation of any sorts because there are no provisions of such sorts back home.

According to 2017 statistics from the government, out of 1 million Bangladeshi workers who migrated overseas for jobs, 121,935 were women – about 12 percent of the expatriate migrant workforce. Most women have been employed as sex workers, forced to sleep with multiple men after work, without any respite and are later dumped when they start showing signs of fatigue or ill health.

There is no redressal happening to such kind of gross misconduct and violation of human rights. Most Bangladeshi women have not been allowed to graduate to better jobs except being domestic helps.

According to a recent report by the Refugee and Migratory Movements Research Unit, a Dhaka-based grassroots action group, at least 35 percent of female migrant-workers face physical abuse in the workplace, 52 percent face mental torture, and 11 percent face sexual harassment.

Government has only now risen to the moment and has done very less to address this kind of inhuman behaviour by rich Arab countries. Shahidul Alam, director-general of the Bureau of Manpower Employment and Training (BMET), said the government had no program or initiative in place to provide mental health services to migrant workers who have suffered abuse abroad, regardless of whether they are men or women. Shariful Hasan, who directs the migration program at BRAC (Bangladesh Rural Advancement Committee), an international non-governmental organization and the country’s largest NGO, said that “psycho-social counseling and economic rehabilitation are a must for the expatriates who returned home after experiencing abuse.” Illegal practice of employing Bangladeshi women abroad hasn’t stopped due to poverty in the country itself. This needs to be addressed first.