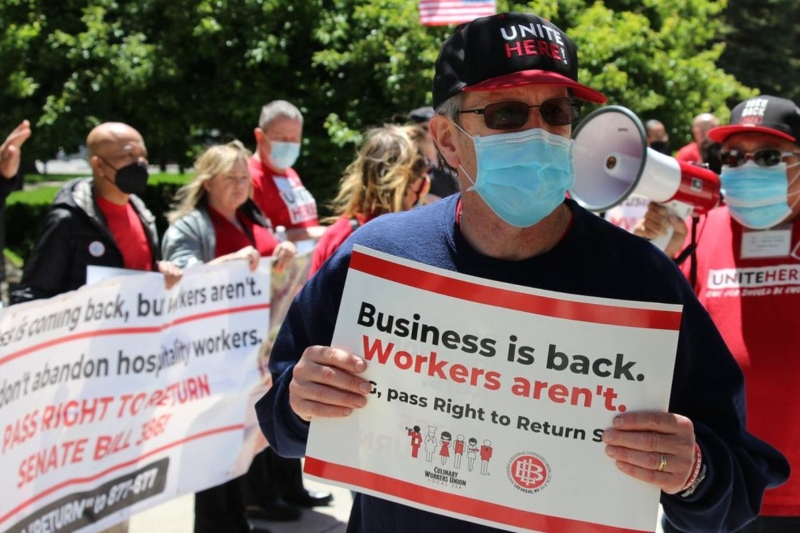 United States – Las Vegas company Station Casinos is in news for the wrong reasons as 76 of its employees have filed a suit against the gaming company over the former’s violation of the ‘Right to Return’ law.

Confirmed reports have stated that this could cost the gaming operator more than $10.4 million, if it is found to have violated provisions of the state’s law in anyway. According to the law, amidst the pandemic crises, the amendment to the Legislation had granted the right to laid-off gaming and tourism industry workers to return to their jobs. In a public statement to this effect, Culinary Secretary-Treasurer Ted Pappageorge has said, “The law requires companies to bring workers back to work,” said during a morning press conference at the union’s downtown Las Vegas headquarters. “They cannot decide to toss them out like an old shoe.”

Culinary Workers Union Local 226 is backing the non-gaming employees who worked for all six of Station Casinos’ open properties before the casino industry was shut down for 78 days in 2020 because of the pandemic. The suit was filed in Clark County District Court.

While the pandemic had forced to close shop for a span of 78 days in 2020, the legislation passed by Gov. Steve Sisolak was put into effect from July 2021, nearly three weeks earlier. But it has obviously not been adhered to, because of which those laid off have been forced to resort to a class action lawsuit against the gaming company.

Pappageorge said Station Casinos – the operating subsidiary of Red Rock Resorts – held several job fairs ahead of when the law took effect “to fill open positions with new workers instead of bringing back their former employees.” Employees named in the lawsuit said Tuesday they attended those job fairs.