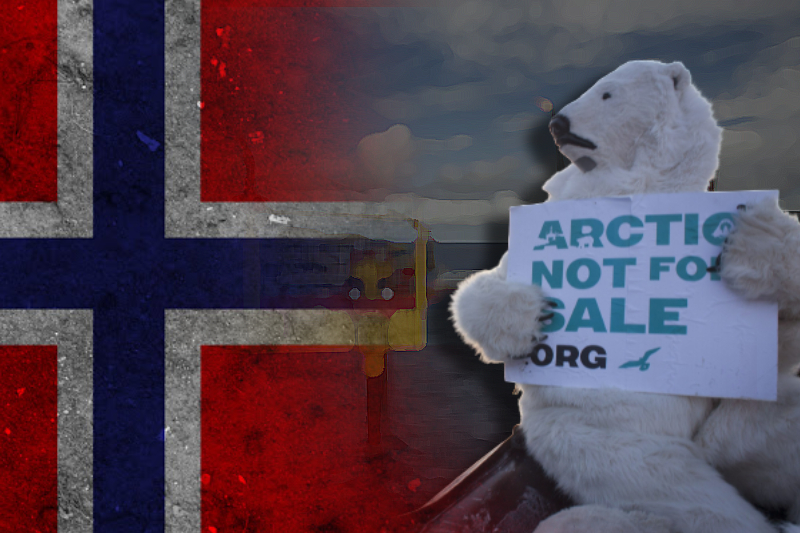 Norway has been taken to European Court of Human Rights (ECHR) over country’s plans of drilling in the Arctic for oil, thereby putting young generation’s future in jeopardy. The case has been lodged at ECHR by six climate activists and two environmental NGO’s against the Nordic country.

The activists, Greenpeace and Young Friends of the Earth, seek from court to rule that 2016 decision of Oslo of granting 10 Barents Sea Oil exploration licenses has essentially violated Norway’s Constitution’s Article 112. The article guarantees right to healthy environment.  Announcing their appeal to the ECHR, activists said in a statement, “The environmentalists argue that, by allowing new oil drilling in the midst of a climate crisis, Norway is in breach of fundamental human rights.”

Arguments by campaigners have earlier been rejected by three Norwegian court citing that oil permits granting is not contrary to human rights’ European convention as it does not pose “a real and immediate risk” to life and health. Greenpeace said in a statement that the campaigners labeled ruling as flawed because it “discounted the significance of their environmental constitutional rights, and did not take into account an accurate assessment of the consequences of climate change for the coming generations”.

ECHR is now to consider whether to permit the campaigners’ appeal that has been labeled “The People v Arctic Oil”. Ella Marie Hætta Isaksen, one of the activists said, “For those of us who live close to nature, the effects of climate change are already dramatic. We have to take action now to limit irreversible damage to our climate and ecosystems to ensure livelihoods for the coming generations.” All the activists are aged between 20 and 27.

This case at ECHR comes after a Dutch court recently ordered Royal Dutch Shell to cut down its global carbon emissions by 45% from levels in 2019 by end of 2030. This crucial case was filed by Friends of the Earth group and 17,000 plaintiffs along with.