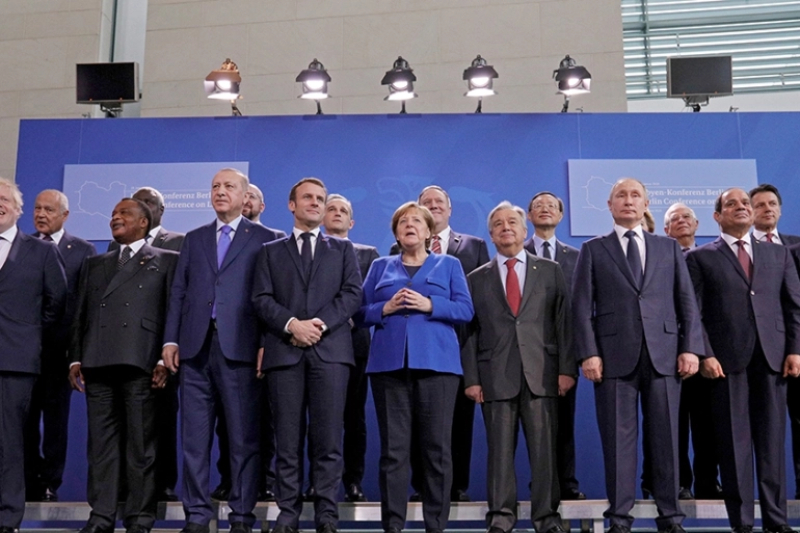 Germany seems to be taking the centerstage in reforming Libya for good. On the sidelines of the Libya Summit in Berlin, the German Chancellor Angela Merkel welcomed Libyan Prime Minister Abdulhamid Dbeibeh.

At the summit, the main topic of discussion was how to get the mercenaries and other foreign forces out of Libya. After the ceasefire, the exits have been slow. Due to this, the two decade long civil war continues to leave a lingering feeling of unease.

German Foreign Minister Heiko Maas also said he believed there was an understanding between Russia and Turkey on a step-by-step withdrawal of their fighters. Almost 300 mercenaries from both sides were supposed to be pulled back. Amidst all the discussion, was a request by the Libyan Foreign Minister Najla Mangoush to let Libya be supported towards December elections.

Addressing the Berlin meeting, Libyan Prime Minister Abdulhamid Dbeibeh, who was appointed in March, called on Libya’s parliament to approve an election law to allow the December election to go ahead and to pass his government’s budget.

Amidst the Covid-19 mayhem, an UN-led peace process brought a ceasefire last summer between the warring factions. Since the ceasefire, the blockage over oil production and exports was finally lifted. Libya is one of the richest North African fossil fuel countries in the world. Its war since 2011, has been of great interest to many western countries like Russia, Turkey and Egypt. Haftar support did not yield many of these nations any results of control over Libya.

Gradually, roadways, sea links and airways have been opened up between Libya and other nations. Even diplomatic embassies are starting to function again. However, the US feels these are unrealistic expectations. The withdrawal will not happen so easily.